Message delivered: The GOP has a fight on its hands

The conventional wisdom in Washington, D.C., is that come January, Republicans will be able to abolish the Affordable Care Act, torpedoing health insurance coverage for 30 million people and that nobody will make a peep about it.1

On Tuesday, we showed that the conventional wisdom is dead wrong.

On that day, MoveOn members and allies gathered outside of 82 Republican House and Senate offices in 26 states across the country, and thousands more flooded state GOP offices with phone calls.

Our message: "Don't take away our health care." And if you try, you've got a fight on your hands.

The demonstrations, organized in partnership with 45 local and national groups, sparked dozens of media stories and a multitude of social media posts. More importantly, they couldn't be ignored by the Republican Congressional staffers inside the offices. A staffer for West Virginia's Senator Shelley Moore Capito sat down with a group of protesters—and readily told them that she knew that there were protests happening at Capito's other offices around the state.

You may not see it on Fox News—yet!—but the resistance to taking away Americans' health care has begun.

Here are a few snapshots of what it looked like out there on Tuesday: 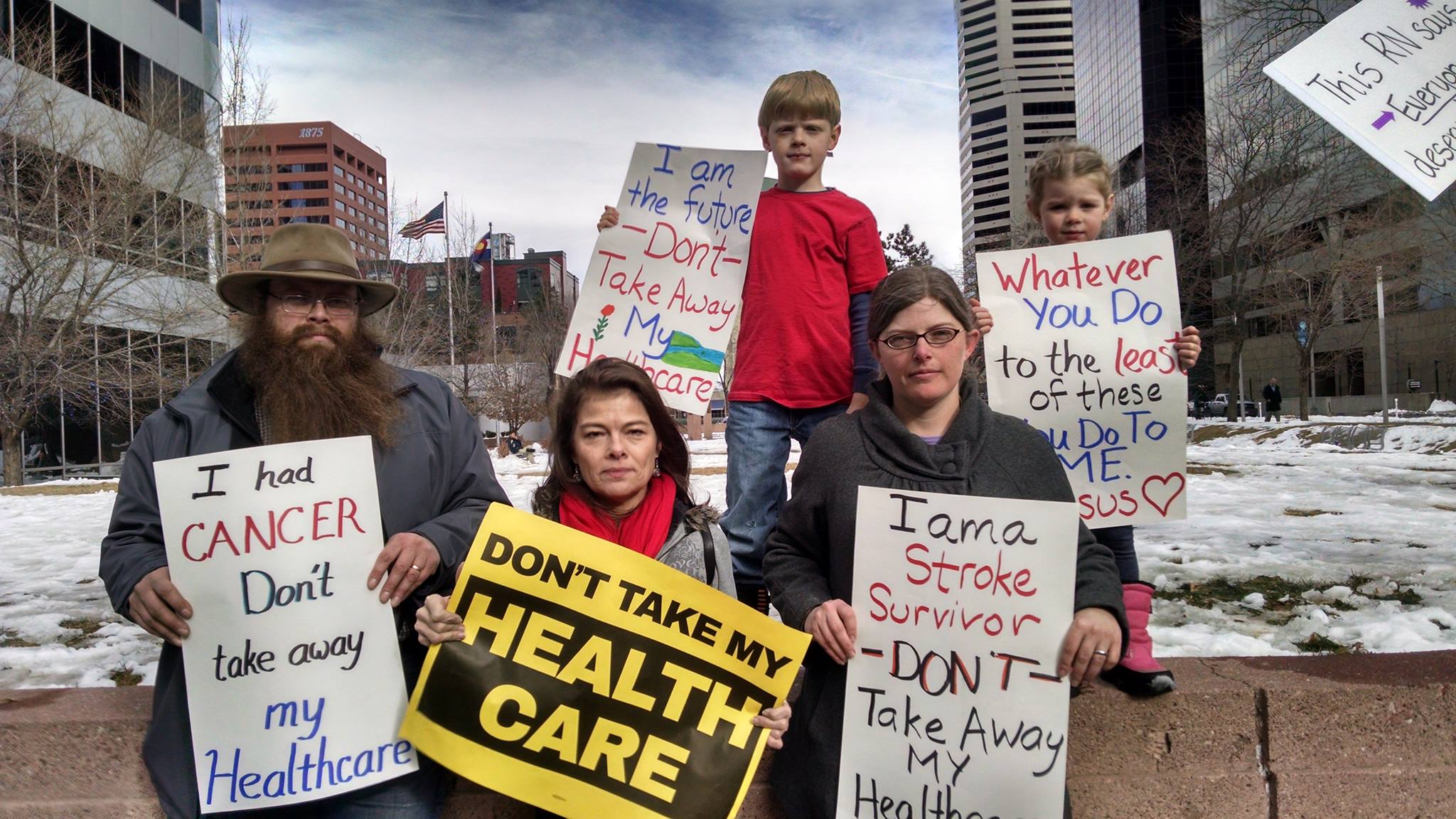 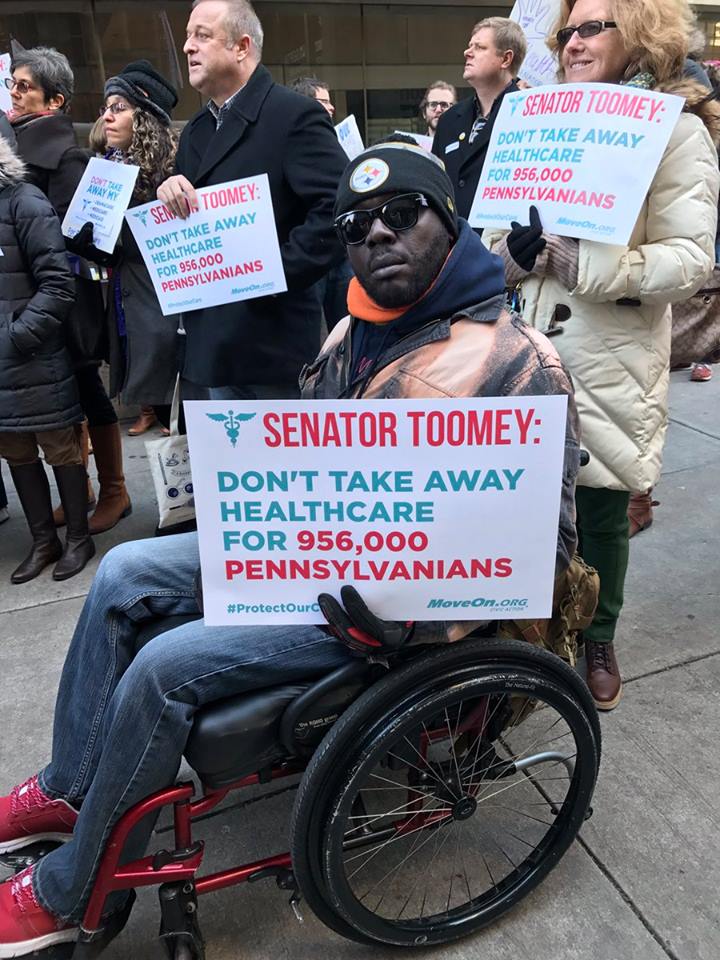 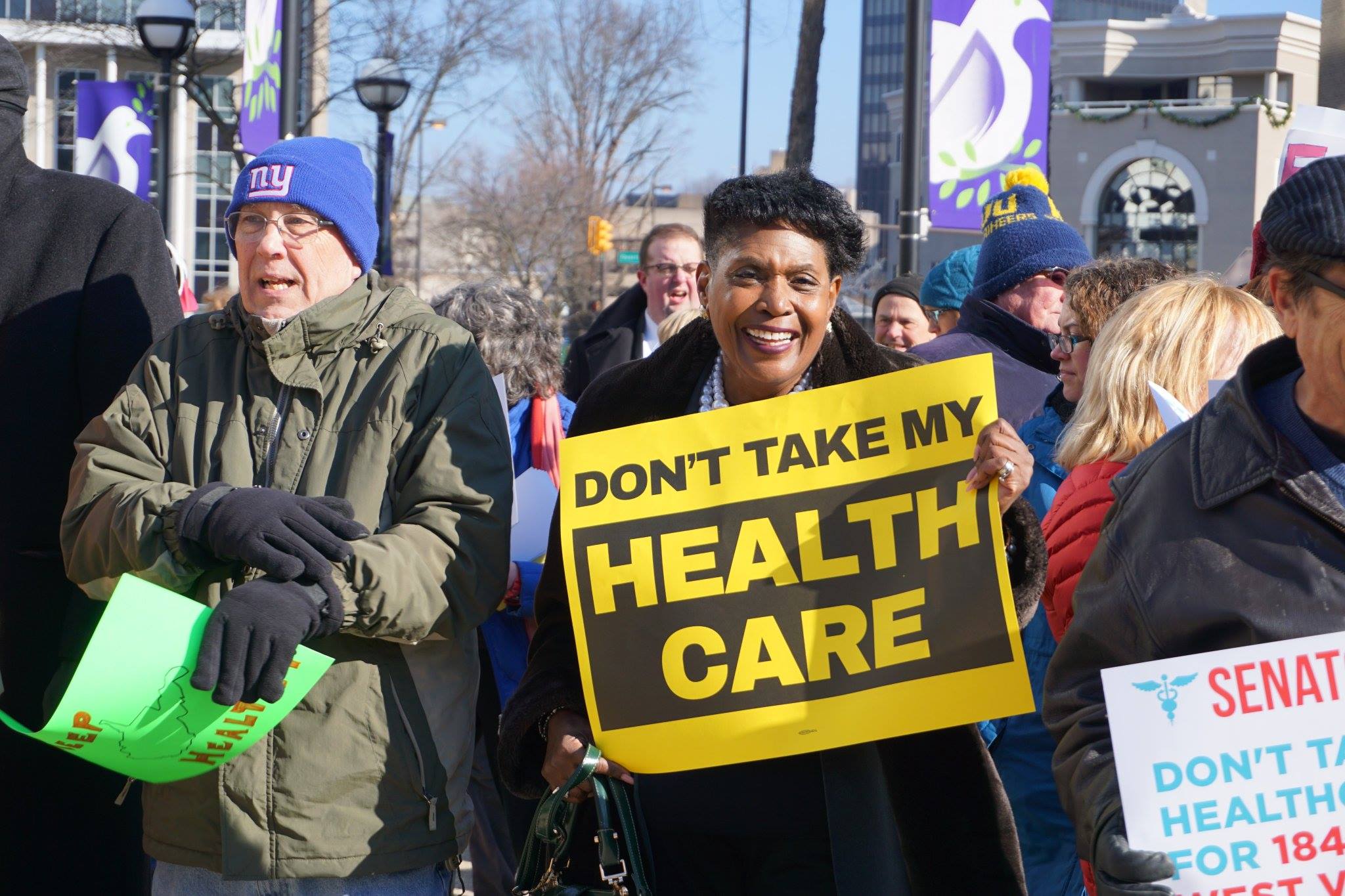 This is just the first taste of what the GOP—and any Democrat who dares join them in trying to take away health care that tens of millions of Americans count on—will encounter.

If they repeal the Affordable Care Act, many clinics and hospitals will have to shut their doors.2 Hundreds of thousands of jobs will disappear.3 And tens of millions of people will lose the insurance that they rely on. Until now, Republicans' attempts to repeal Obamacare have just been play-acting, a way to rile up their base. But now, they're shooting with real bullets. And as the rest of the country wakes up to what they're planning to do—hurt real people—a firestorm of opposition is building.

Trump and his Republican friends have said that repealing the Affordable Care Act will be their first priority this January. We can make it their first defeat. By stopping them, we'll slam the door on their plans to slash and privatize Medicaid, Medicare, Social Security, public schools, and so many other fundamental services that Americans rely on. And by battling against their atrocious plan, we'll demonstrate to the American people whose side Trump is really on—and what we stand for as progressives.

Happy holidays and thanks for all you do.

–Ben W., Emma, Katharine, Victoria, and the rest of the team

P.S. You can see the entire day of action photos via Facebook here.

Contributions to MoveOn.org Civic Action are not tax deductible as charitable contributions for federal income tax purposes. This email was sent to Eddie Alfaro on December 23rd, 2016. To change your email address or update your contact info, click here. To remove yourself from this list, click here.