UPDATE: Here's what we're going to do about Trumpcare

Hi Eddie—MoveOn is on the road with Senator Bernie Sanders this weekend, on a three-state tour to stop Trumpcare. 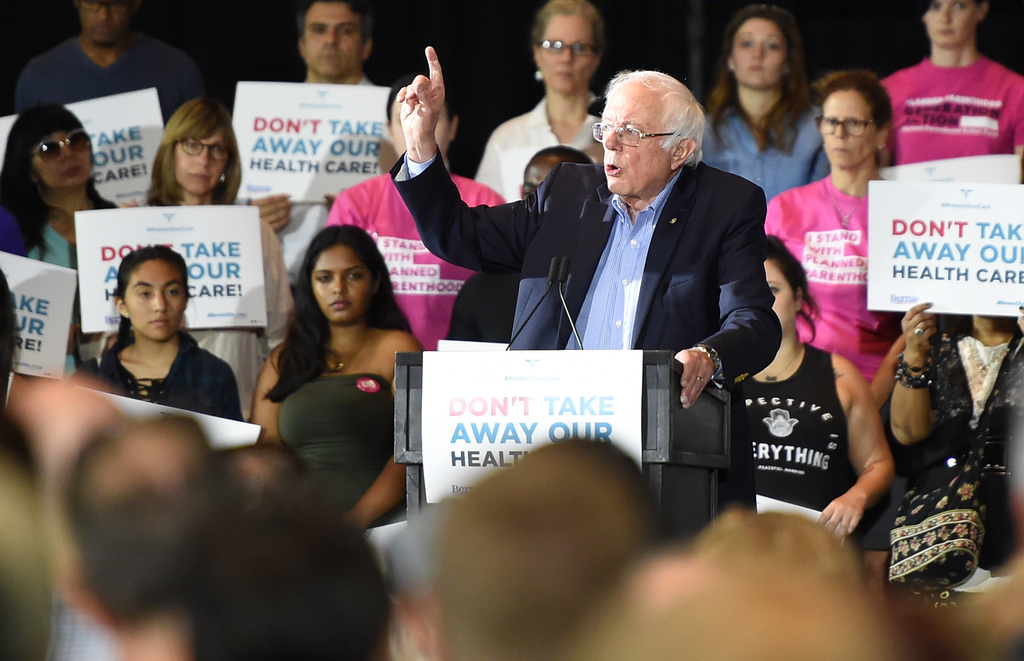 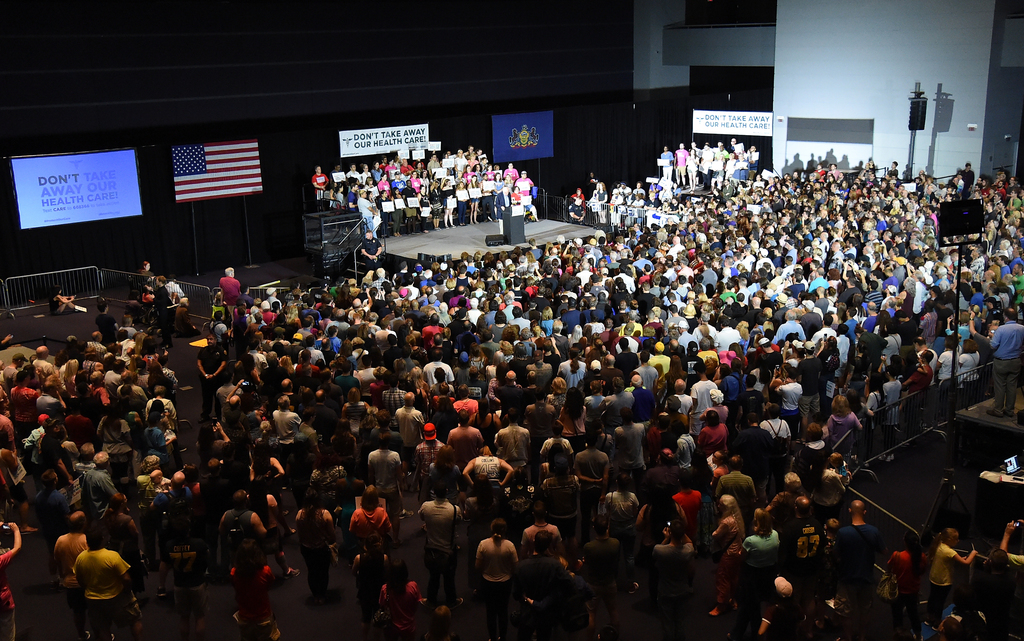 Bernie was on fire last night as he urged a packed crowd in Pittsburgh, Pennsylvania, to pull out all the stops to defeat this "barbaric and immoral piece of legislation." Today, we're in Ohio and West Virginia. We need only three Republicans to vote their conscience and oppose this bill to stop it.

Please chip in $3 to join MoveOn and Bernie Sanders in the fight to stop Republicans from kicking 23 million Americans off of health care in order to give a tax cut to the richest Americans.

For more on the rallies and the huge health care fight that's coming up next week, you can read Sen. Sanders' message below.

This weekend, I am partnering with MoveOn and going back on the road to visit states where there are Republican senators who can and should vote against the effort by Donald Trump and Mitch McConnell to throw 23 million people off of health insurance and, in the same bill, give huge tax breaks to multinational corporations and the rich.

They call it a health care bill, but how can it be a health care bill when it throws 23 million people off of insurance, cuts $834 billion from Medicaid, and defunds Planned Parenthood? God knows what the implication of this legislation will be on our children, the elderly, and those of us with chronic illnesses.

It is literally insane. I have a hard time understanding what kind of world these guys are living in sometimes.

This is a bill that impacts a sixth of the American economy and touches every single American family. Yet until this Thursday morning, they kept the bill secret, kept it hidden. And now, in the last possible second, they are going to rush it before the U.S. Senate to get a vote.

We're going to be visiting Pennsylvania, Ohio, and West Virginia on Saturday and Sunday. If you can, please show up. But we cannot pull off this tour alone. We need your help.

Chip in $3 to MoveOn today to help them fund our tour to stop Republicans from kicking 23 million Americans off of health insurance in order to give a tax cut to the richest among us.

Time is running out. No one can sit on the sidelines. Not now. It is up to all of us to act in an unprecedented way. We have to think big and do everything humanly possible to make sure that this horrendous piece of legislation does not become law.

On this tour I will ask why it is that the United States is the only major country on earth that does not guarantee health care to all of its people as a right. I will ask why we pay far more per capita than any other nation for health care—with worse outcomes—and the highest prices for prescription drugs. And I will discuss the Medicare for all, single payer legislation that I will soon be introducing in the United States Senate.

But first, we must stop Republican efforts to repeal the Affordable Care Act.

Thank you for joining me and MoveOn in that effort.

Want to support MoveOn's work? The MoveOn community will work every moment, day by day and year by year, to resist Trump's agenda, contain the damage, defeat hate with love, and begin the process of swinging the nation's pendulum back toward sanity, decency, and the kind of future that we must never give up on. And to do it we need your support, now more than ever. Will you stand with MoveOn?

You can watch video of last night's rally here. You can also tune in to live coverage throughout the day on MoveOn's Facebook and YouTube pages.