The New York state Senate left an important piece of business unfinished by not passing the Fair Elections Act before they adjourned last Friday. This corruption-ending campaign finance reform proposal was passed in the State Assembly, and publicly supported by Governor Cuomo and more than 70% of New Yorkers statewide, but a small group of so-called "Independent Democrats" joined with Republican politicians to protect the status quo.1

It's not every day that one state has the chance to pass model legislation for the entire nation. The Fair Elections Act had the potential to end New York's pay-to-play culture and significantly expand the number of people able to run for public office. Fair Elections wasn't for the corporations and the billionaires who currently have a death grip on power in the state—it was for the rest of us.

But while some state Senators showed us the worst side of politics, MoveOn members and the Fair Elections Coalition showed New York what a people-powered movement looks like. Over 10,000 MoveOn members engaged in the Fair Elections campaign, delivering thousands of petition signatures to the state Senators who were blocking progress, and joining with other activists from across the state to pack the capitol for lobbying days. Members even "swept money out of politics" at the capitol steps with mops and brooms, and donned $100 bill costumes to represent money flooding the capitol.

And those were just the high-profile events. Thousands of flyers were distributed in public spaces throughout New York, and Governor Cuomo and state Senators received hundreds of phone calls in support of Fair Elections for months.

We may have fallen just short on our ultimate goal, but this campaign was definitely worth the fight. New York progressives are fired up. That's why if you're passionate about an issue in your community or one that affects the entire state, now is definitely the time to take action.

Starting your MoveOn petition on an important state, local, or national issue takes just a few minutes. Even if you've never run a campaign before, we'll provide you the tools and tips to be effective. If you start a progressive petition on MoveOn's petitions site right now, we'll send it to other MoveOn members to help kickstart your campaign.

Will you start a MoveOn petition today?

This year's fight for Fair Elections was a coalition effort like we've never seen before, and it was an inspiration for people organizing against everything from money in politics to fracking. Where we go from here is up to you and more than a half a million other New York MoveOn members to decide.

There are millions of leaders just like you who care passionately about their communities and their country. That's why MoveOn is providing the tech tools and the people power to help our members run campaigns that make a difference.

P.S. We'd be remiss if we didn't give a shout out to Susan Weber, Joe Seeman, Lisa Oldendorp, Maria Schafer, and Jamie Kemmerer for their leadership in the fight for Fair Elections. They led a valiant effort by MoveOn members across the state!

P.P.S. Take a look at photos from one of our "The People Demand Fair Elections" rallies: 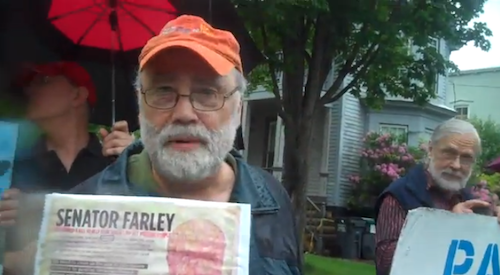 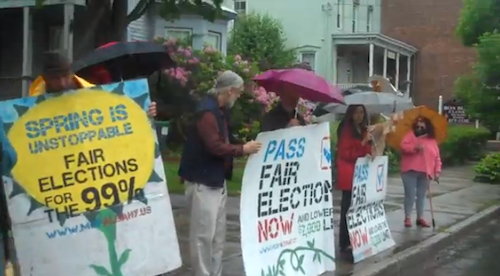 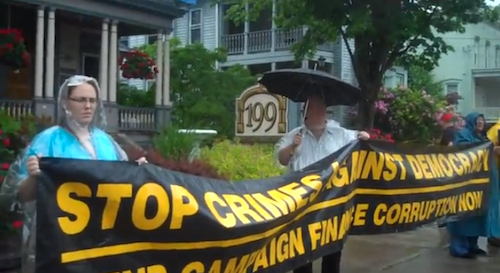