Trump's attempt to keep Black and brown people out

Tomorrow marks the one year anniversary of Donald Trump's first Muslim Ban—an early manifestation of Trump's infuriating campaign promise of a "total and complete shutdown of Muslims from entering the country" and his ongoing white supremacist agenda.

Tomorrow marks the one-year anniversary of Donald Trump's first Muslim Ban—an early manifestation of Trump's infuriating campaign promise of a "total and complete shutdown of Muslims from entering the country" and his ongoing white supremacist agenda.1

Right now, Trump's Muslim Ban 3.0 is in effect and is indefinitely blocking people from five majority-Muslim countries: Iran, Libya, Somalia, Syria, and Yemen—while placing restrictions on a sixth majority-Muslim country, Chad.2 And just yesterday, Trump also released a proposal to cut immigration by 50%, including ending major portions of the family reunification program that allows people to sponsor their siblings, parents, and other close family members.3 Meanwhile, the livelihoods of over 800,000 DACA recipients and millions of others with post-natural disaster temporary protected status are still uncertain, because Trump is using them as a bargaining chip to get his border wall and pass more inhumane immigration policies.4

Make no mistake: These policies exemplify Trump's and the GOP's willingness to cater to white supremacists, inhumanely tear apart families, and keep Black and brown immigrants out of the United States. 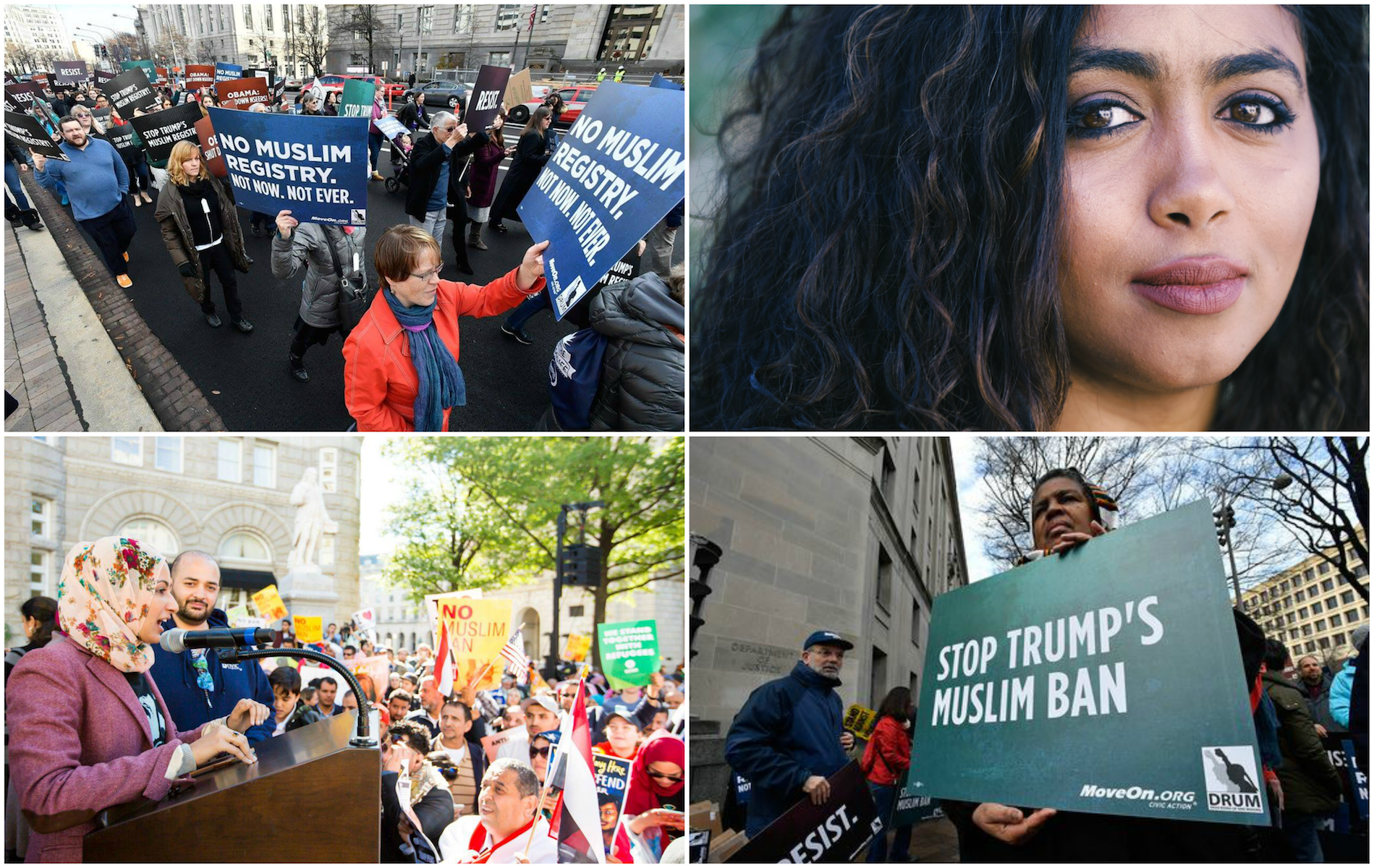 Despite this, MoveOn members have stood strong in resistance against Trump's policies—and we can be proud of our work, drawing a clear moral line in the sand. Since Trump's election,

While MoveOn members have focused during the past year on defending communities on the frontlines of Trump's attacks, in 2018, we're going on the offense, taking up the long-term fight against anti-Muslim racism along with allies in Muslim communities.

The fight against the Muslim Ban is far from over. And we know, from all the systemic ways Muslim communities have been targeted through surveillance, Guantánamo, wars, and law enforcement, that we need some serious change to shift the narrative and build pro-immigrant political power before it's too late.

We're also at an unprecedented moment where there is an opportunity to drastically shift the conversation around Muslim communities and get Democratic candidates, along with progressive organizations, the right tools for the 2018 elections. We already started the process by looking into existing research on Islamophobia and planning out our video persuasion tests to find the right messaging. If this is the year Democrats win big, we need to make sure they are clearly standing with Muslim communities against the anti-Muslim hate we will inevitably witness during an election year.

As we continue to stand against anti-Muslim racism, click here to watch and share Areej's powerful story of being detained during the first Muslim Ban to remind people of the ways Trump's policies are tearing families apart—and that these policies have real consequences on the lives of many.

–Iram, Robert, Ilya, Jo, and the rest of the team