This week I took on the role of executive director of MoveOn. I am incredibly honored to support and strengthen this vibrant and diverse community of people all throughout this country

This week, I took on the role of executive director of MoveOn. I am incredibly honored to support and strengthen this vibrant and diverse community of people all throughout this country. Folks like you who come together to take action in smart, strategic, impactful ways will lead the way to make this a country where everyone can thrive.

If you want to learn a little more about me and my vision for the work ahead, check out the video below or read on. 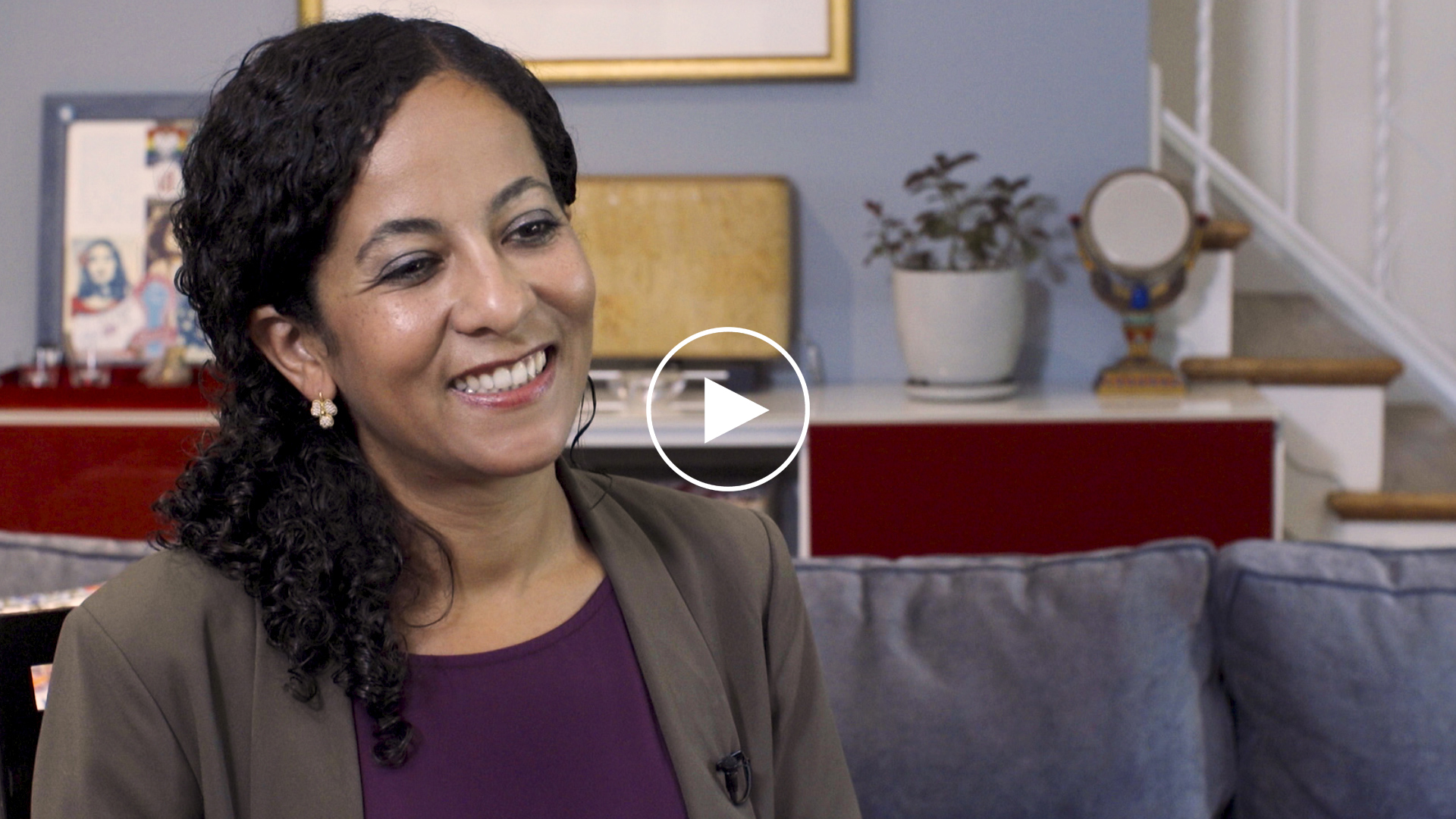 You can also click here to watch the video on YouTube.
And I want to learn more about you. Why are you a part of the MoveOn community? How can we make it even stronger? I'd greatly appreciate your advice, and you can send a note to rahna@moveon.org to share any thoughts. I and my colleagues will read the emails to gain an even richer sense of how we can strengthen the community as we move forward. (I can't promise to reply to every one, but I will reply to a few!)
I first became a part of the MoveOn community during the months after the awful attacks of September 11. I was a student in Oregon, and while I was head down in my studies, I was also hearing our elected leaders make a thin case that war with Iraq was necessary. I knew in my bones something didn't feel right, that this was a mistake, but I felt hopeless, disempowered, and alone in my concerns.
Then I got an email from MoveOn inviting me to an anti-war march. Not knowing what else I could do to make an impact, I went and experienced a great moment of hope. I no longer felt alone. There were thousands of people on the streets who shared my concerns that war is not the answer—and most definitely not in that case. There was a sense of solidarity, of empowerment that, yes, we can do something, we can show palpable public outrage and push back on the march toward pain, suffering, and death. It was there I awoke to the fact that if there were thousands in Portland, OR, then that meant hundreds of thousands across the country. We weren't alone. We aren't alone.
It was this moment that propelled me into a lifetime of political activism. I went on to train hundreds of people throughout the country to run for state and local office, I trained college kids on their campuses to organize and advocate for change, I worked in the labor movement and created opportunities for members all throughout the country to help pass the Affordable Care Act protect Social Security and Medicare, and more. Later, I helped run an organization to advance reforms at the state and federal level to create a democracy that is owned by and driven by the people, not the wealthy 1% and corporations.
It's that same sense of hope I felt "way back when" that inspired me to come work at MoveOn in 2017, right after the election of Donald Trump. I was one of tens of thousands of people—perhaps including you, Eddie—who joined the first Sunday night Ready to Resist call the day after the first Women's March and two days after Trump's lackluster inauguration. We marched, and then we were ready, together, across the country, to keep organizing.
As MoveOn members rose in massive numbers to resist the Trump administration's attacks on so many communities, I joined the team and worked with our allies on Capitol Hill and in the progressive movement to stop the Republican attempts to take health care away from tens of millions of Americans. In 2018, I directed our efforts to help fuel the blue wave that flipped control of the House of Representatives and powered the election of dozens of inspiring, progressive, diverse candidates at the state and local level.
Although we ended GOP control of the House and blunted some of the worst of Trump's agenda, we still have a president and Republican Party blatantly using race to rip this country apart, to rip families apart at the border, chanting "send her back" to our patriotic Black and brown elected leaders, encouraging white nationalists to terrorize our communities, spreading lies and fear so that our fellow Americans view one another as enemies, all while this president, his family, and his friends exploit these divisions to enrich themselves and consolidate power.
I'm stepping into this role at a historic moment—as the impeachment fight that MoveOn has been involved in for over two years reaches a boiling point, as we push Democrats to use their power to check an abusive, criminal White House, as we push Republicans to put country over blind loyalty, and as we stand on the precipice of the 2020 elections. It will be grassroots people power that could make the difference in who holds power in Washington in 2021.
I've seen what MoveOn members are capable of: driving impactful campaigns to advance values that welcome immigrants instead of scapegoating them, create a just and fair economy, eliminate gun violence in our communities, support and ensure reproductive rights, combat anti-Semitism and Islamophobia, and more.
This community inspires me. You inspire me. I am deeply appreciative of all we have done to take care of one another, and to create a better society. I am proud of the MoveOn staff who work tirelessly to make MoveOn an impactful, equitable, and innovative organization. We will continue to be here for you.
And I am committed to all of our members, the millions of people who take action, working to chart a better way forward for our country. A key focus of mine will be on strengthening the connections between members of the MoveOn member community—finding more ways for us to be in touch with each other, to share our hopes, fears, ideas, and knowledge, and finding more ways to collaborate with each other as we organize on the ground to challenge entrenched power and build a country and world where everyone can thrive.
As part of that, I want to hear from you. Why are you a part of the MoveOn community? How can we make it even stronger? What else would you like me to know as I step into this role? Just send an email to rahna@moveon.org to share your thoughts. I'm committed to reading through all the replies.
Together, we are MoveOn. And I look forward to organizing alongside all of you.
Thanks for all you do.

Want to support MoveOn's work? The MoveOn community will work every moment, day by day and year by year, to resist Trump's agenda, contain the damage, defeat hate with love, and begin the process of swinging the nation's pendulum back toward sanity, decency, and the kind of future that we must never give up on. And to do it we need your ongoing support, now more than ever. Will you stand with us?