Add your name to the petition demanding Congress take action against gun violence. 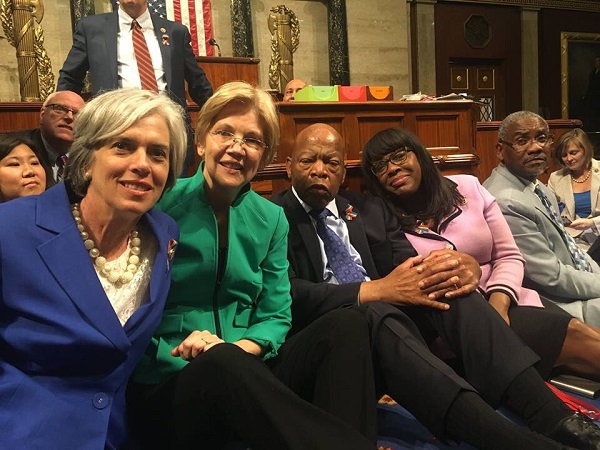 Congressional Democrats just ended a bold day-long sit-in on the House floor demanding that Republicans finally stand up to the NRA and take up gun violence legislation. Congressional leaders have done their part. Now it's on us to keep the pressure up. Sign the petition telling Speaker Ryan to do his job and bring gun control bills to a vote.

Dozens of Democratic members of the U.S. House of Representatives, led by Representative John Lewis, just ended a powerful, day-long sit-in demanding that Speaker Paul Ryan schedule a vote on commonsense gun safety legislation before they leave for the July 4 recess.1 This is only days after the U.S. Senate voted down gun safety measures, including one mandating universal background checks—failing to take action to protect Americans in the wake of one of the deadliest mass shootings in our nation's history.2

Will you join me in supporting Democrats who are demanding action against gun violence? Click here to sign the petition to House Speaker Paul Ryan, which says:

We call on you to take action against gun violence and schedule votes on the following measures:

Since Newtown, which woke us up to the tragedy of American gun violence, the House has not held a single vote on gun policy. NOT ONE.3

It's time to demand what America really wants and needs: Gun safety policy reform! Tell Speaker of the House Paul Ryan to schedule a vote on gun safety now!

Click here to add your name to this petition, and then pass it along to your friends.

You're receiving this petition because we thought it might interest you. It was created on MoveOn.org, where anyone can start their own online petitions. You can start your own petition here.