I just filed a lawsuit against Donald Trump on behalf of 196 members of the U.S. Senate and U.S. House of Representatives.

My name is Elizabeth Wydra. I'm the president of the Constitutional Accountability Center. And I just filed a lawsuit against Donald Trump on behalf of 196 members of the U.S. Senate and U.S. House of Representatives.

Trump has been thumbing his nose at our nation's Constitution by accepting foreign emoluments—payments which benefit him directly—without going to Congress first to get its consent, as the Constitution requires.

Never before in the history of our nation have so many members of Congress made the individual decision to join a lawsuit of this kind.

Please watch and share a video I made with MoveOn to spread the word about this historic effort. 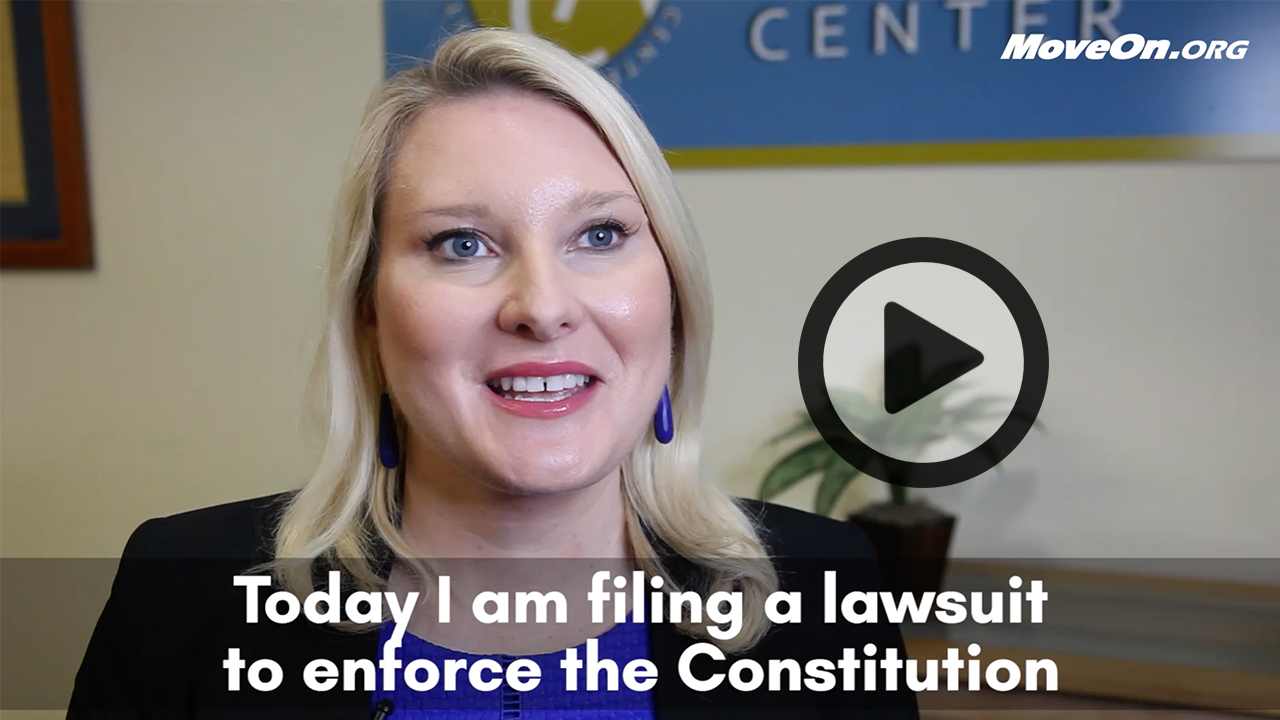 And that's just the tip of the iceberg.

No one is above the law—even the person who sits in the most powerful office in the world.

This isn't an easy subject matter, and the word emoluments doesn't exactly roll off the tongue. But it's essential that the American people understand how beyond the pale Trump's behavior is and that our nation's founders put provisions in the Constitution to guard against exactly this kind of self-enriching abuse of power. We made this video to explain the law and the lawsuit against Trump.

Please watch and share this new MoveOn video about members of Congress taking Donald Trump to court today for his violation of our nation's Constitution.

P.S. Our hearts go out to the members of Congress and their staff who were shot today. There's no place for threats or acts of physical violence against elected officials, activists, media, or anyone else in our communities.