How you and hundreds of thousands of your fellow MoveOn members have helped the movement for gun safety grow stronger.

It's been three weeks since the Las Vegas, NV, shooting—in which 58 people were killed and hundreds more were injured.

As a result, we can celebrate a major victory that we helped achieve: This weekend, the Democratic National Committee (DNC) voted to reject donations from the gun lobby and other predatory corporate interests—after more than 20,000 MoveOn members signed a petition by Sandy Phillips—the mother of an Aurora, CO, movie theater shooting victim. Sandy's petition was delivered to the DNC by California committee member Christine Pelosi shortly before the vote.

Below are more details on this victory and on further inspiring actions led by MoveOn members and allies. Social change is not a quick or easy process, but in the wake of the Las Vegas tragedy—together—we helped the movement for gun safety grow stronger: 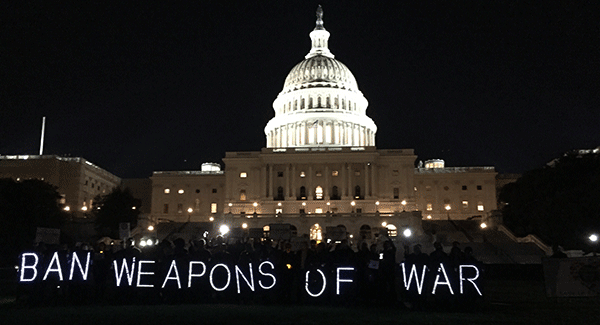 More than 20,000 people signed a petition by MoveOn member Sandy Phillips—whose daughter, Jessi, was slaughtered in the Aurora, Colorado theater massacre in 2012—asking the DNC to reject donations from the gun industry.

And this weekend—the DNC, the governing body of the national Democratic Party—heard us and took action: They passed an official resolution rejecting donations from the gun lobby and other corporate donors that conflict with the Democrats' platform.1

Additionally, dozens of members of Congress who have received NRA campaign support are now facing pressure from thousands of MoveOn members in their districts to give back or donate NRA contributions to causes focused on gun violence prevention. Click here to find out if your members of Congress have received money and sign or start a similar petition to #RejecttheNRA.

Battling the NRA in its home state, Virginia 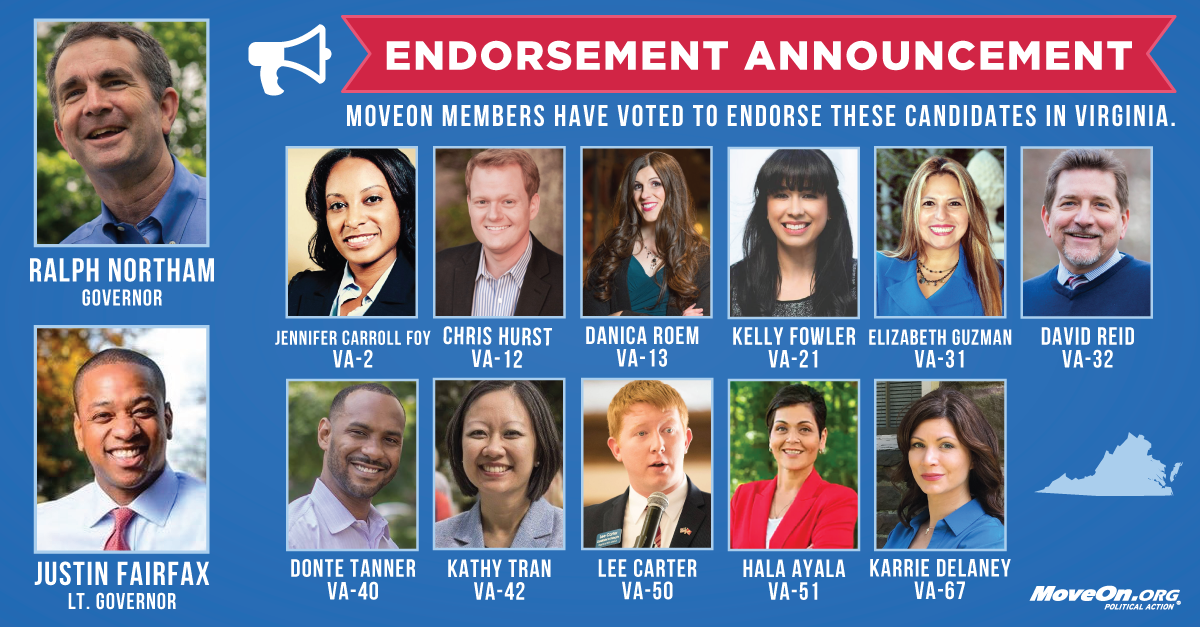 We’re helping defeat the NRA in Virginia by supporting a slate of diverse progressive candidates who support commonsense gun legislation.

MoveOn members in Virginia have voted overwhelmingly to endorse Ralph Northam for governor, Justin Fairfax for lieutenant governor, along with 11 House of Delegate candidates. And while the NRA is funneling funds to the Republican candidates, we are bringing people power into Virginia, along with deploying state-of-the-art SMS tools and persuasive video content, to demonstrate that we can take on—and defeat—the NRA.

And MoveOn members around the country are making calls to progressive Virginia voters to encourage them to volunteer and—most critically—vote on November 7. Click here to help get out the vote and deliver the NRA and their Republican enablers an electoral defeat. 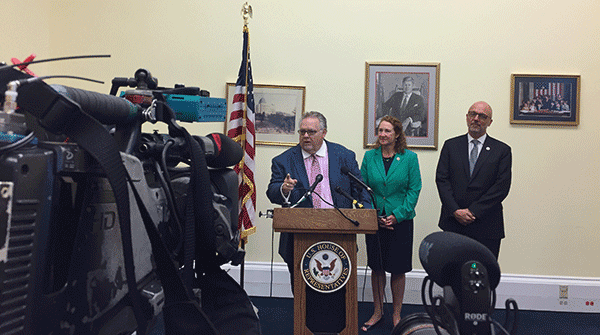 The day after the mass shooting in Las Vegas, Mark Carman, a Grammy-nominated country music producer and gun owner, launched a campaign on the MoveOn petitions platform calling on Congress to take meaningful action to stop gun violence.

More than 215,000 MoveOn members from across the nation signed Mark's petition, and his impassioned video on Facebook now has 2.7 million views!

And last week, MoveOn teamed up with Newtown Action Alliance and other groups to hold a vigil and rally outside the Capitol in Washington, D.C., to demand action on gun violence.

MoveOn members were thanked multiple times and heartbreaking petition comments were read aloud, including this one from Sherry C. of Las Vegas:

"I was in attendance at Route 91 festival and am a gun owner and lifelong resident of Las Vegas. I grew up around guns, own guns, and believe in the Second Amendment. However, there is no place for assault weapons in our society outside of the military. Period. PLEASE—enough is enough."

Meanwhile, volunteers personally hand-delivered Mark's petition to all 535 offices of members of Congress in Washington, D.C.

Members of Congress are listening—and speaking out 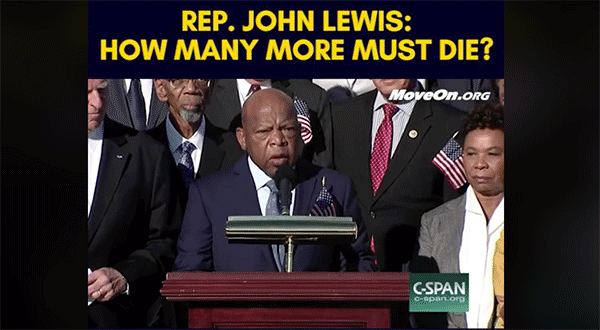 The morning after the Las Vegas tragedy, Representative John Lewis spoke, prophetically asking: “How many dead bodies will it take to wake up this Congress?"

In the days following, incredible work from gun violence prevention allies and outrage from MoveOn members across the country has helped many members of Congress to listen and speak out.

Representative Dina Titus, who represents the area of Las Vegas where the shooting took place, recorded an exclusive video with MoveOn encouraging the public to stay vigilant in the movement to stop gun violence and hold elected officials accountable in 2018. Her colleague, Representative Ruben J. Kihuen, talked about how it’s incomprehensible that Congress is refusing to take up common sense legislation to stop gun violence.

Many members of Congress have also introduced several new pieces of legislation for commonsense gun violence prevention measures—such as banning bump stocks, the tool used by the Las Vegas shooter to convert his guns into a fully-automatic weapons.2

All of this work and progress is possible only because of your support, dedication, and heart. MoveOn members and our allies have been working to advance gun violence prevention for years, and it can seem like an uphill climb. But, when we come together, we have the power to take on the NRA and to move the needle towards commonsense gun laws.

Thank you for being a part of the MoveOn community and for joining, leading, and supporting important campaigns.

Will you start your own petition for progressive change now?

–Maria, Pulin, Alex, Erica, and the rest of the team