MoveOn members showed up in force to tell our representatives to stop delaying and sign on to pass a clean Dream Act now, and here's what we're doing next.

This week was a hopeful week, despite the onslaught of daily news in our feeds.

That's because hundreds of MoveOn members in dozens of key Republican districts showed up strong with allied organizations and immigrant youth leaders to support a clean Dream Act—helping build grassroots pressure and momentum to pass this popular, bipartisan bill that would protect hundreds of thousands of young American immigrants from deportation.

This week of action also included a new video on the Dream Act with Robert Reich, a new video with Cristina Jiminez of United We Dream, who was just awarded the McArthur Foundation "genius grant," and a torrent of calls to key Congressional offices across the country—and we're not slowing down in this critical fight. 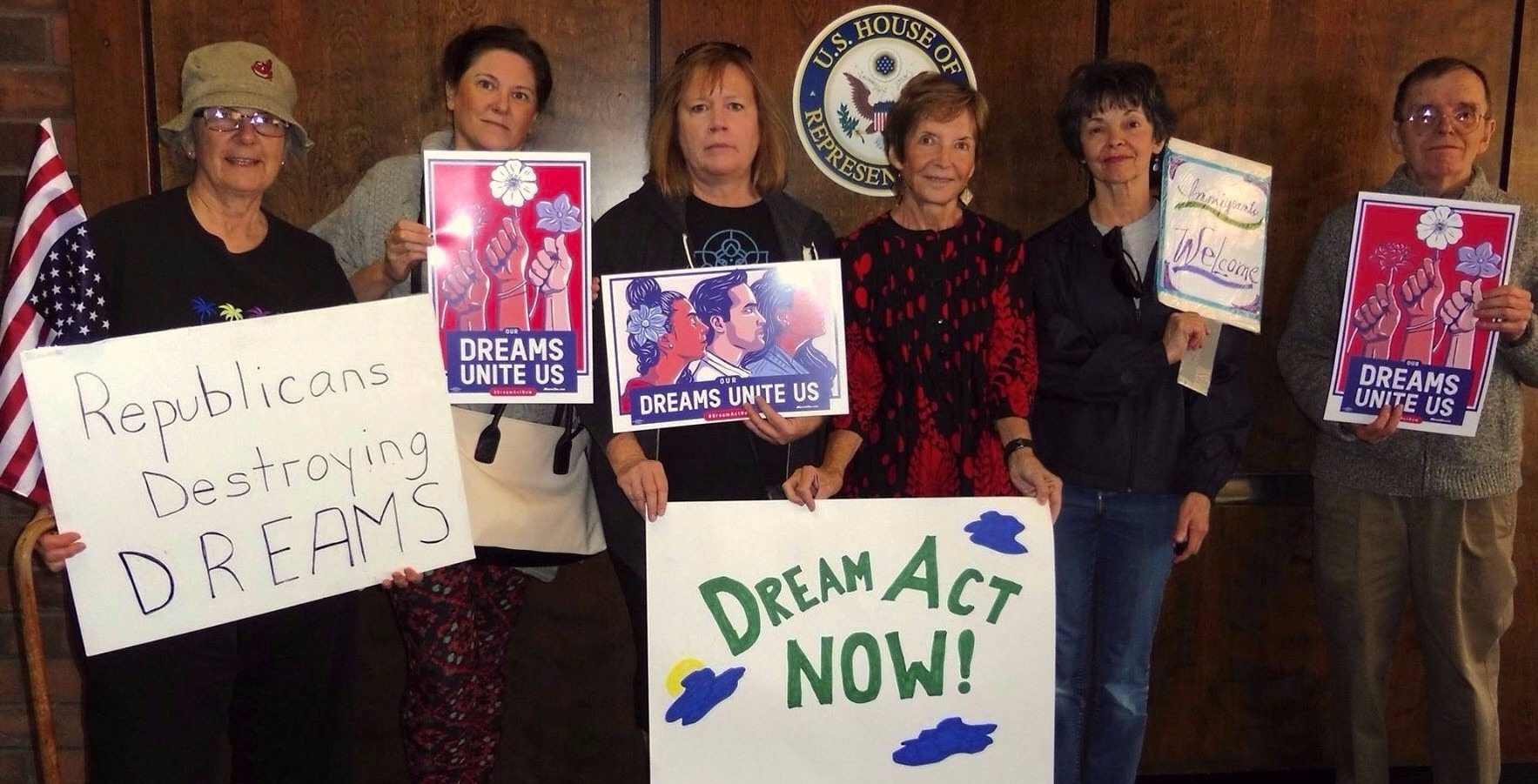 In more than 28 cities—from Anchorage, AK, to Texarkana, TX, to Syracuse, NY—MoveOn members and members of allied organizations showed up. Now is the time for representatives to show that they are listening and acting on their constituents' demand for a clean Dream Act—or begin facing the consequences.

Here are a just a few stories from actions around the country this week—organized by members of United We Dream, MoveOn.org, NextGen America, Daily Kos, Working Families Party, Progressive Congress Action Fund, UltraViolet, and more—showing that we can be united by our dreams, rather than divided by our fears:

We've also been working with partners to produce videos to continue to make the case for a clean Dream Act.
Just yesterday, we released a video with former Secretary of Labor Robert Reich, in which he shared why the Dream Act is his fight—and why the economics are on our side. And last week, we released a video featuring Cristina Jiminez, executive director of our immigrant-led ally United We Dream, who was just honored as a MacArthur Foundation Fellow. Please check out and share these videos of compelling leaders who are standing up and speaking out for this critical fight. 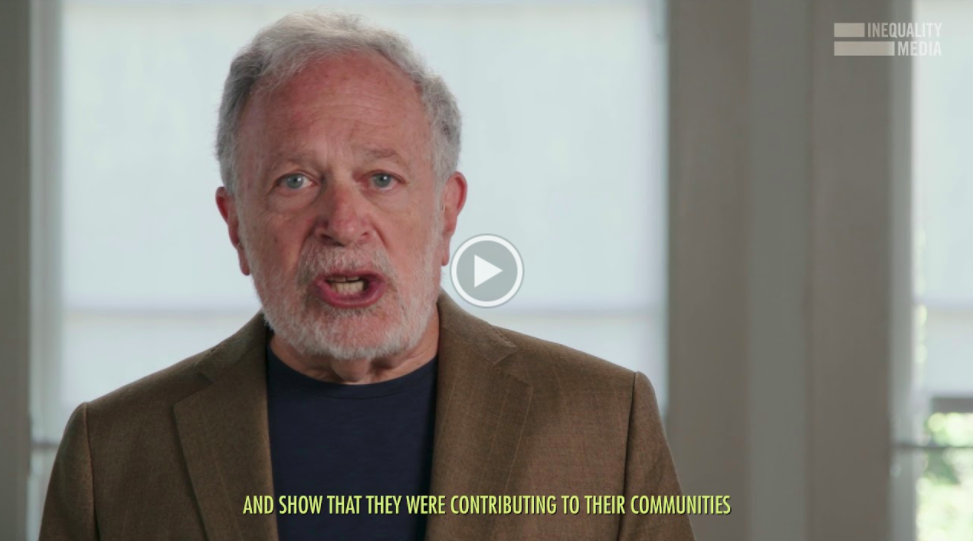 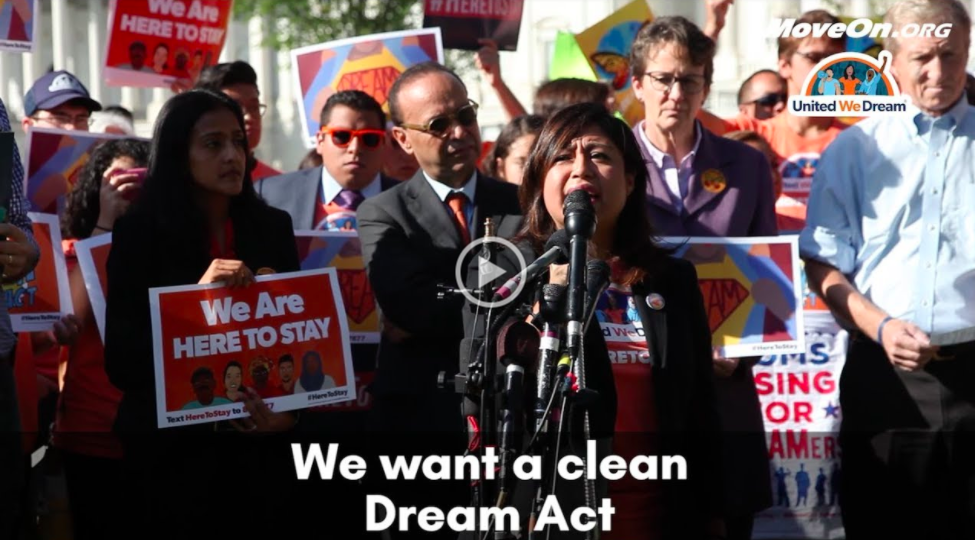 (Not on Facebook? Click here to watch the video on YouTube.)
MoveOn members have made more than 10,000 calls demanding a clean Dream Act, and more than 250,000 members have added their names to petitions calling for a clean Dream Act, participating in a 1-million signature delivery in Washington. This effort included United We Dream, the American Civil Liberties Union, America's Voice, CREDO Action, MoveOn, the National Korean American Service & Education Consortium, the National Immigration Law Center, ParentsTogether Action, People for the American Way, Presente, the Working Families Party, and the Daily Kos community.4 And we're all going to continue the work of this past week of action in the weeks and months ahead.
As Trump and the hard-line wing of the Republican party continue to escalate their extreme demands on immigration, it's going to be up to each of us to make sure that Congress does not go home for the holidays until Dreamers and immigrant youth are no longer living in fear of deportation.
We will continue to show up for our communities and demand a clean Dream Act in ever-bolder ways, because when our dreams stand united, we cannot lose.
Thanks for all you do.
—Corinne, David, Chris, Gabby, and the rest of the team
P.S. The Dream Act could be the biggest positive progressive victory since Trump became president, and there's huge momentum already. We won't stop until 800,000 young people are not faced with the horrors of mass deportation.

Will you chip in $3 and help support our major push to make the Dream Act the law of the land?

Contributions to MoveOn.org Civic Action are not tax deductible as charitable contributions for federal income tax purposes. This email was sent to Eddie Alfaro on October 21st, 2017. To change your email address or update your contact info, click here. To remove yourself from this list, click here.