Al Franken's hilarious in this video

I'm writing to ask you to check out a video in the next 24 hours.
Dear MoveOn member,


I'm writing to ask you to check out a video—in the next 24 hours.


The video is hilarious—and it's for something that really matters. It's a make-or-break fundraising campaign for "The Good Fight," the amazing podcast by my friend Ben Wikler, who is also MoveOn's Washington director. The deadline is midnight tomorrow.


If you think that there are important stories that most media never cover, you've got to see this video: 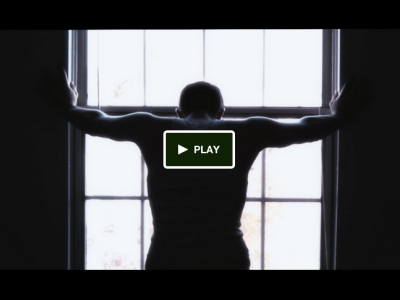 
I've spent the last five years fighting nonstop against corruption in politics. And one thing I've realized is that people understand the problem—they just don't have any hope that we can do anything about it.


That's what makes "The Good Fight" so important: It's the only show I know of that focuses on people fighting against enormous odds ... and actually winning. It's a show that gives you hope, by covering stories that most of the media ignore.


And it does it in a style that makes fighting for justice sound as fun and exciting as any Hollywood blockbuster. It's politics and activism like you've never heard before.


If you think, as I do, that independent media is important to the causes we all believe in—take a minute to check out this video. And if you're so moved, chip in.


I've just contributed myself. Will you join me?


P.S. Still reading this email and want more reasons to watch the video and help support "The Good Fight?" Here's the case from the show's host, Ben Wikler:

1. Our guests should be household names.

Frank Mugisha is the leading gay rights activist  in Uganda. Sister Simone Campbell is a powerhouse lobbyist nun. Jose Antonio Vargas won his Pulitzer Prize at age 26, four years before he came out of the closet as undocumented. 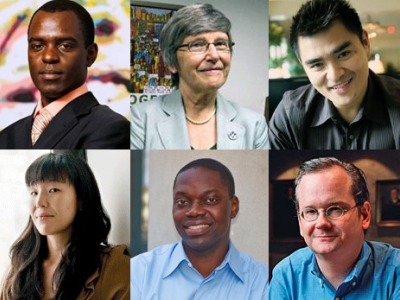 Ai-jen Poo helped launch a nanny uprising. Garlin Gilchrist II is reversing the Detroit diaspora. And Larry Lessig is on a shoot-for-the-moon quest to kick big money out of politics.

They're just a few of the amazing people we've been lucky enough to introduce to our listeners. There are so many more out there. Some are well-known already. All of them should be.

2. We're doing something no one else is doing.

This isn't talk radio, and it isn't NPR. We don't rant, we don't pretend every argument is equally valid, and we don't obsess over horse-race minutia.

For us, politics isn't a game. But it is insanely fun. Battles for justice are the greatest stories on earth. They're like "The Princess Bride": full of, as the grandfather put it, "fencing, fighting, torture, revenge, giants, monsters, chases, escapes, true love, miracles!"

On "The Good Fight," we interview genuine heroes winning fights that matter. Then we take those interviews, edit like crazy, stir in original music, narration, and archival audio — and craft spellbinding real-life David vs Goliath radio stories, told from the behind-the-slingshot point of view. And then we ask our listeners to get involved.

It's a new kind of mission-driven media — but it will only continue if enough of us contribute. Can you check out this campaign, and—if you're inspired—chip in before it expires on Thursday at midnight?

3. A golden age of podcasts is dawning. A huge new audience awaits.

Every week, nine out of ten Americans listen to the radio. That's no surprise: radio is uniquely intimate. We've all had "driveway moments" — when you're sitting in your car, right outside your house, unable to move until the story on the radio is done.

Now it's moving online. Suddenly, America is discovering that podcasts — radio shows on the Internet — can be just as powerful. Thanks to the mega-hit podcast "Serial," iPhones, and connected cars, millions of people are tuning in to podcasts for the first time.

The question now is whether podcasts can become, for progressives, the answer to what conservatives did with talk radio in the last century.

I can't seize it without your help.

Here's what they're saying:

We've produced some amazing episodes and hit a million downloads in our first year. And if enough of us join in, a lot more great ones are coming soon.

Wait, you haven't seen it yet? Go watch it. Note: The first ending is fake. Stick around for the part with Al Franken.

6. Seriously, though: this means the world to me.

Ever since I was a kid, I've been fascinated by the place where politics and media collide. My first job out of college was producing Al Franken's show on Air America Radio. Five years ago, I made up my mind to try and launch a show — but it wasn't until a friend signed on to help, a programmer and activist named Aaron Swartz, that I summoned up the courage to actually give it a shot.

On a wintry January day three years ago, with me on the mic and Aaron running the mixing board — all in my bedroom closet — we produced our first podcast.

And from that first moment, I loved it. 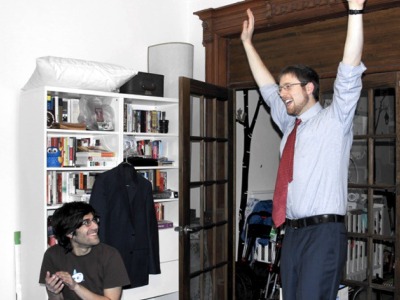 But it was more a dream than a job. We both had a lot going on. My son, Mac, had just been born. Aaron was leading the fight against SOPA, and wrestling with an unjust prosecution. The show's only sponsor was the bagel store on 7th Avenue — and it paid us in cream cheese.

A year later, to my delight, MoveOn.org agreed to help me get the show off the ground. But by that point, Aaron was consumed by the court case. On the day I started working on the show full-time, he took his own life.

Today, for me, the show is a way that I can honor his memory. The fundamental vision that has always driven it forward, the one that inspired him to join — the idea that the most important fights are also the most fascinating stories, and that by telling them, we can build the empathy and hope and love that are foundational to social change — that vision has never wavered.

This campaign is how we can move that vision forward. It would mean a lot to me to have your support.

7. The stories we tell, the heroes we lift up, define who we become.

We have a choice to make. We can exalt wealth and status and fame — or we can measure our lives by the difference we make in the lives of others.

Researchers have shown that hearing stories about others' moral decisions affects the choices we make for ourselves. Hearing stories of heroes draws out the best in each of us. I know that a single podcast can't shift the moral center of our culture. But it's better to light a candle than to curse the darkness.

"The Good Fight" is my candle.

I hope you'll help me spread the light. Click here to watch the video, and chip in if you're inspired.

Lawrence Lessig is a professor at Harvard Law School and the founder of MAYDAY Super PAC, which fights to get big money out of politics.

PAID FOR BY MOVEON.ORG POLITICAL ACTION, http://pol.moveon.org/. Not authorized by any candidate or candidate's committee. This email was sent to eddie alfaro on February 4, 2015. To change your email address or update your contact info, click here. To remove yourself from this list, click here.