Sunday, the NY WFP made big news by joining the movement to urge Elizabeth Warren to run for president in 2016.

The effort to urge Elizabeth Warren to run for president just got a lot stronger thanks to the endorsement of a New York powerhouse—the Working Families Party.

On Sunday evening, the New York Working Families Party made the bold choice to join this movement. Announcing the decision, state Director Bill Lipton said, "Senator Warren is the nation's most powerful voice for working families fighting against a set of rules written by and for Wall Street. That's the debate we want to see, and that's why we're urging Senator Warren to run for President."

This is a big deal. The WFP has spent years building serious electoral and grassroots clout. They don't take elections lightly and the fact that they're on board says a lot about the potential for an Elizabeth Warren candidacy to transform the Democratic Party.

Undoubtedly, there will be people in New York who are upset with the WFP's vote. That's why it's important that we show them this morning that the number of people who think they absolutely made the right decision far outweighs the nay-sayers.

So let's give a public thanks to the New York Working Families Party AND spread the good news on Facebook and Twitter by sharing this graphic today. Will you join in? 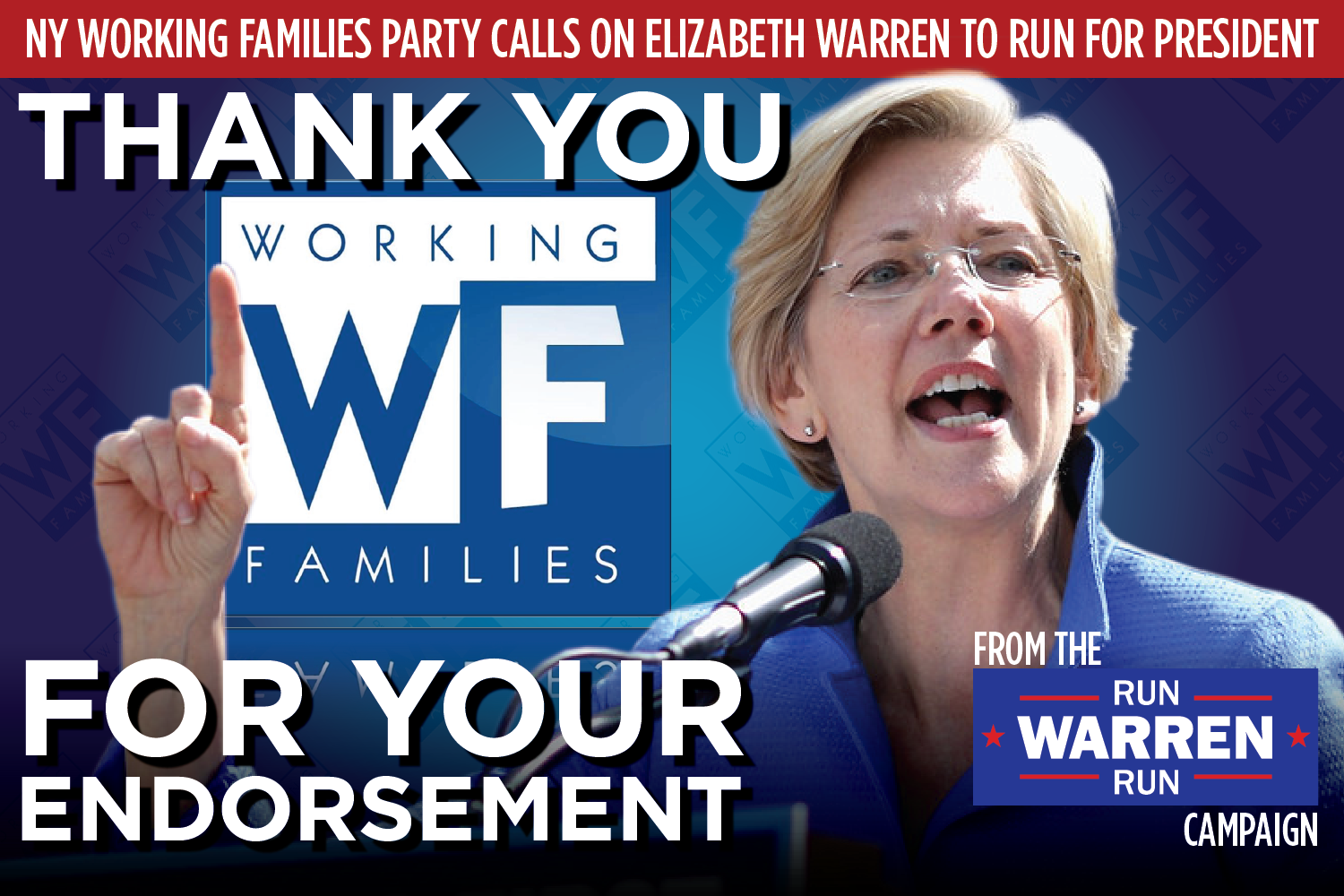 –Mark, Ilya, Jo, Robert, and the rest of the team

PAID FOR BY MOVEON.ORG POLITICAL ACTION, http://pol.moveon.org/. Not authorized by any candidate or candidate's committee. This email was sent to eddie alfaro on February 9, 2015. To change your email address or update your contact info, click here. To remove yourself from this list, click here.