The most important speech of 2015?

Elizabeth Warren just gave one of the most important speeches by any politician in 2015. You have to see this video.

"That's a speech I really wanted to give!"

That's what Elizabeth Warren said after the standing ovation finally subsided for her speech on racial injustice in America.

A couple days ago, in a riveting 30 minutes, Senator Warren spoke about the historical violence, voter suppression, and economic injustices that have been used to stifle the lives of Black Americans—the "tools of oppression," as she called them.

After acknowledging the victories of the civil rights movement, Sen. Warren explained how much farther we have to go today—politically and legislatively—to make clear that "Black lives matter, Black citizens matter, and Black families matter."

You have to see this speech—it's rare that you'll hear a politician talk like this today. Click here to watch and share the refreshingly honest and compelling remarks. 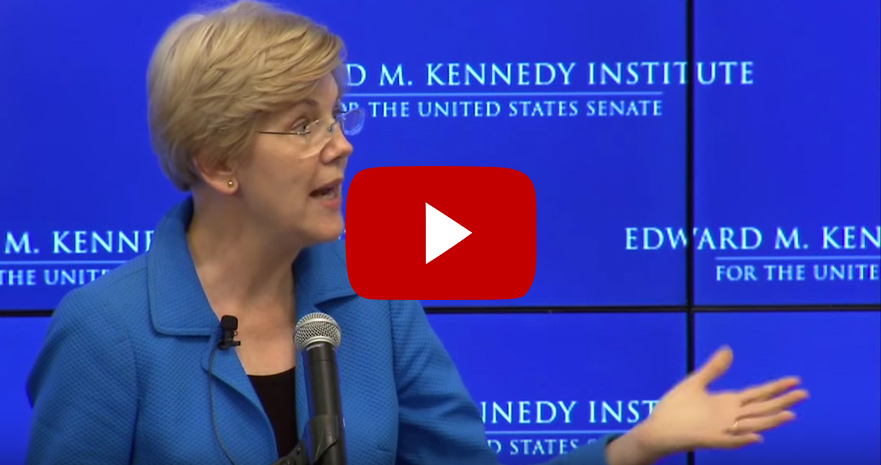 Since the murder of Trayvon Martin, the growing movement for Black lives—today's continuation of America's historic civil rights struggle—has changed the political discourse in our country. It's brought racism—and its systemic, material effects—front and center in our national conversation.

In her speech, Sen. Warren provided a direct rebuttal to those who argue that confronting economic injustice alone will be enough to challenge and dismantle society's entrenched race problem. Here's some of what Sen. Warren said:

Economic justice is not—and has never been—sufficient to ensure racial justice. Owning a home won't stop someone from burning a cross on the front lawn. Admission to a school won't prevent a beating on the sidewalk outside ... The tools of oppression were woven together, and the civil rights struggle was fought against that oppression wherever it was found—against violence, against the denial of voting rights, and against economic injustice.

We should help as many people as possible to see Sen. Warren's important speech—from other elected officials who need an example, to grassroots activists, to just plain folk.

–Mark, Erica, Manny, Josh, and the rest of the team