Stand with us as we stand up to the NRA by sharing our myth-busting graphic.

The vast majority of gun owners actually disagree with the NRA—and yesterday, thanks to MoveOn, 15 of us met with a close advisor to President Obama to ask the president to close a major loophole in our gun laws before the end of the year.1

Most gun owners have never challenged the NRA like this—but we know there are millions more like us who would if they had the chance. Will you join us by sharing this myth-busting graphic on Facebook right now, so together we can help enable President Obama to act before the end of the year to reduce gun violence and save lives? 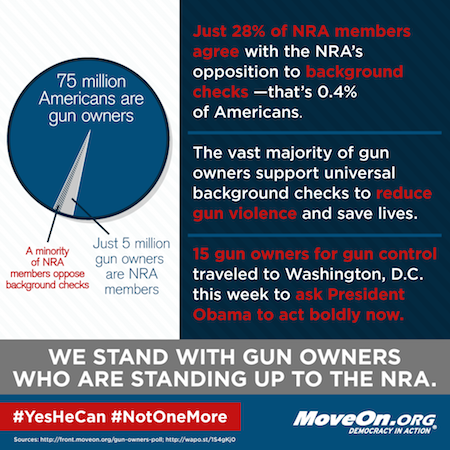 Nearly 80% of gun owners want to see their elected officials take action to mandate criminal background checks and tackle the epidemic of gun violence sweeping our nation, but you wouldn't know that from the way NRA-backed lobbyists swagger through the halls of Congress.2

That's why it's so important that we speak up—and why more than 32,000 progressive gun-owning MoveOn members have formed an alliance in this fight with the American Coalition for Responsible Gun Ownership, an emerging network of more conservative-leaning, responsible gun owners. We spent the last two days together in Washington, D.C.

Will you help us weaken the NRA's chokehold on policymakers by making sure your family and friends know that the NRA represents only a tiny fraction of gun owners? Please share this myth-busting graphic on Facebook now.

Our gun laws are broken in America. And since the NRA won't stand up for gun safety and responsible gun ownership, we will.

P.S. Here we were yesterday, meeting with the White House: 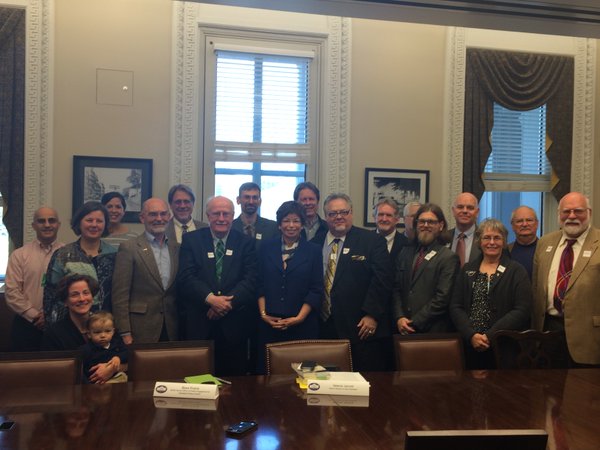