This video will make you believe

These supporters will make you believe. Now it's our job to make sure everyone believes—and gets out there to vote.

We just scored a major victory in Wisconsin, with Bernie Sanders winning by 13 points. We've now won six states in a row by double-digit margins. We're heavily favored to win in Wyoming on Saturday as well. After that, the primary moves to New York—one of the toughest and most important contests of the entire election.

And the latest reports show that Bernie has a real shot at winning the Empire State—gaining a massive haul of delegates and putting him on a clear path to the nomination.1

But it’s only possible if all of us step up to make it happen—because, as Bernie says again and again, this political revolution isn't about him. It's about us.

Will you join in and volunteer for Bernie Sanders this weekend? If so, then there are two things to do right now.

2. Join these passionate supporters by volunteering to get the word out to more voters from anywhere in the country to help Bernie win New York and other upcoming states. 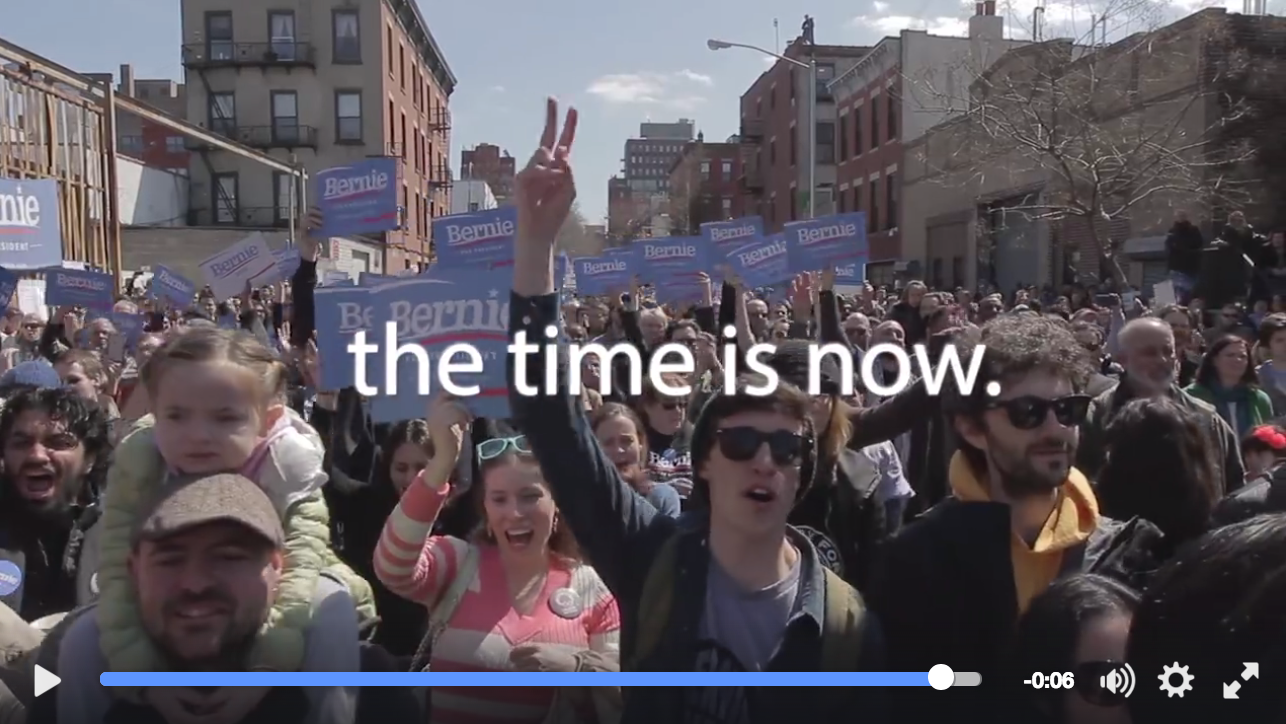 Person-to-person outreach is the most effective way to get folks out to vote for Bernie. As one New York supporter says in the video, when people know about Bernie, they turn out to vote—and as we've seen in Wisconsin and the past six contests, when we turn out to vote, we win. So let’s do this.

Say you'll get the word out to voters who need to hear about Bernie in upcoming primary states.

—Justin K., Hannah, Matt, Emily, and the rest of the MoveOn for Bernie team