Why Bernie's and our political revolution is succeeding

Here's are some of the ways that Bernie and MoveOn are already winning the Democratic Primary.

Bernie won the Indiana Primary on Tuesday, and he's likely to win even more states before the final votes are cast in June.

But lost in all the debates over who's winning delegates and super delegates are some of the other major victories we've already won along the way.

Here’s are some of the ways that Bernie and MoveOn are already winning the Democratic Primary.

Bernie’s campaign, together with powerful organizing by vibrant and energized grassroots movements, has put these bold progressive ideas at the center of the Democratic Party and the national political conversation, proving that big ideas previously written off as “too ambitious” now have widespread popular support.

Primary challenges matter—we’ve been saying it ever since we launched our “Run Warren Run” campaign to draft Elizabeth Warren into the presidential race in late 2014. Exit polls in every state are showing two-thirds of Democratic voters think that the primary has “energized the party” (while the majority of Republicans say that their primary has divided them).1 Just last week the New York Times called Bernie's campaign "A gift to the Democratic Party".2

Bernie’s campaign has been taking the political revolution local by supporting bold, progressive Congressional candidates. A few weeks ago he helped raise hundreds of thousands of dollars for these three MoveOn-endorsed progressive women running in tough primaries of their own.3 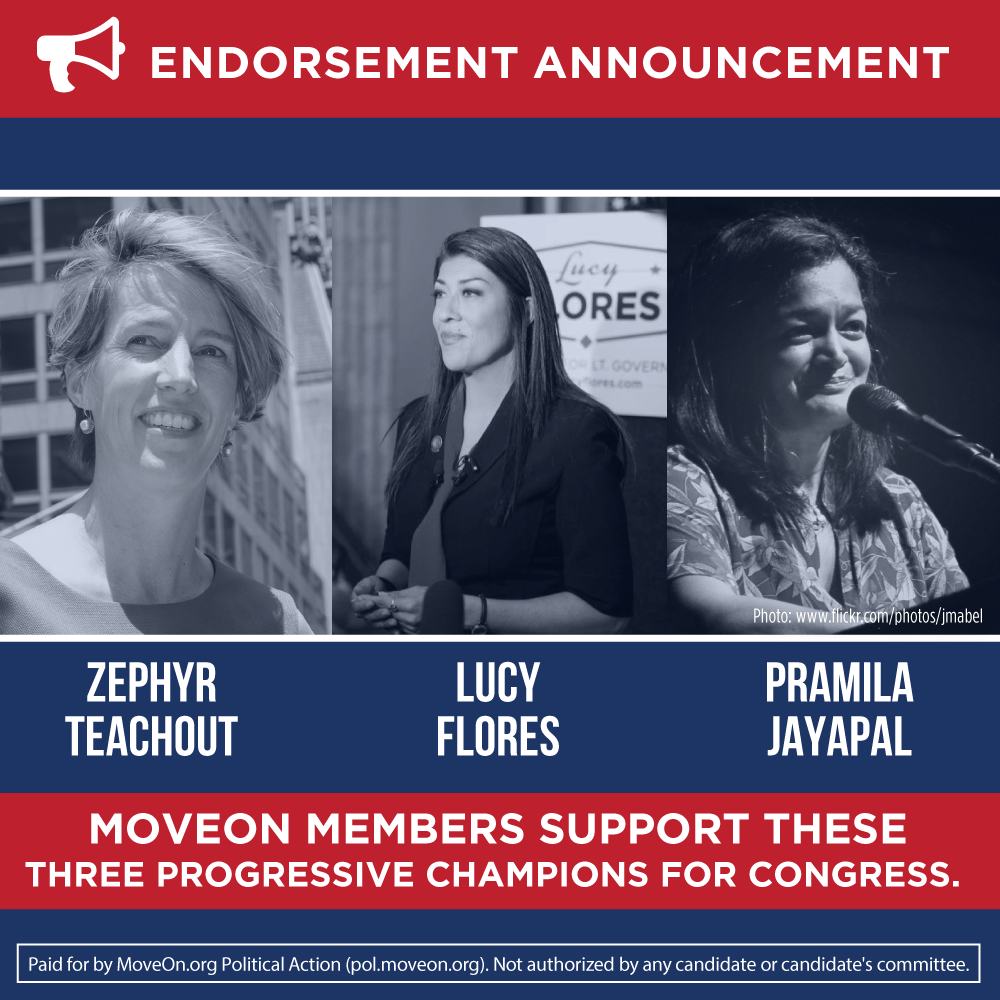 Young voters—the future of our country—are overwhelmingly Feeling the Bern, many getting involved in politics for the first time. Researchers behind a Harvard University study of millennials said that “there is no question that there is a significant part of the electorate that [Sanders] has woken up and is organizing.”4 It’s hard not to be inspired about the future when you look at these faces. 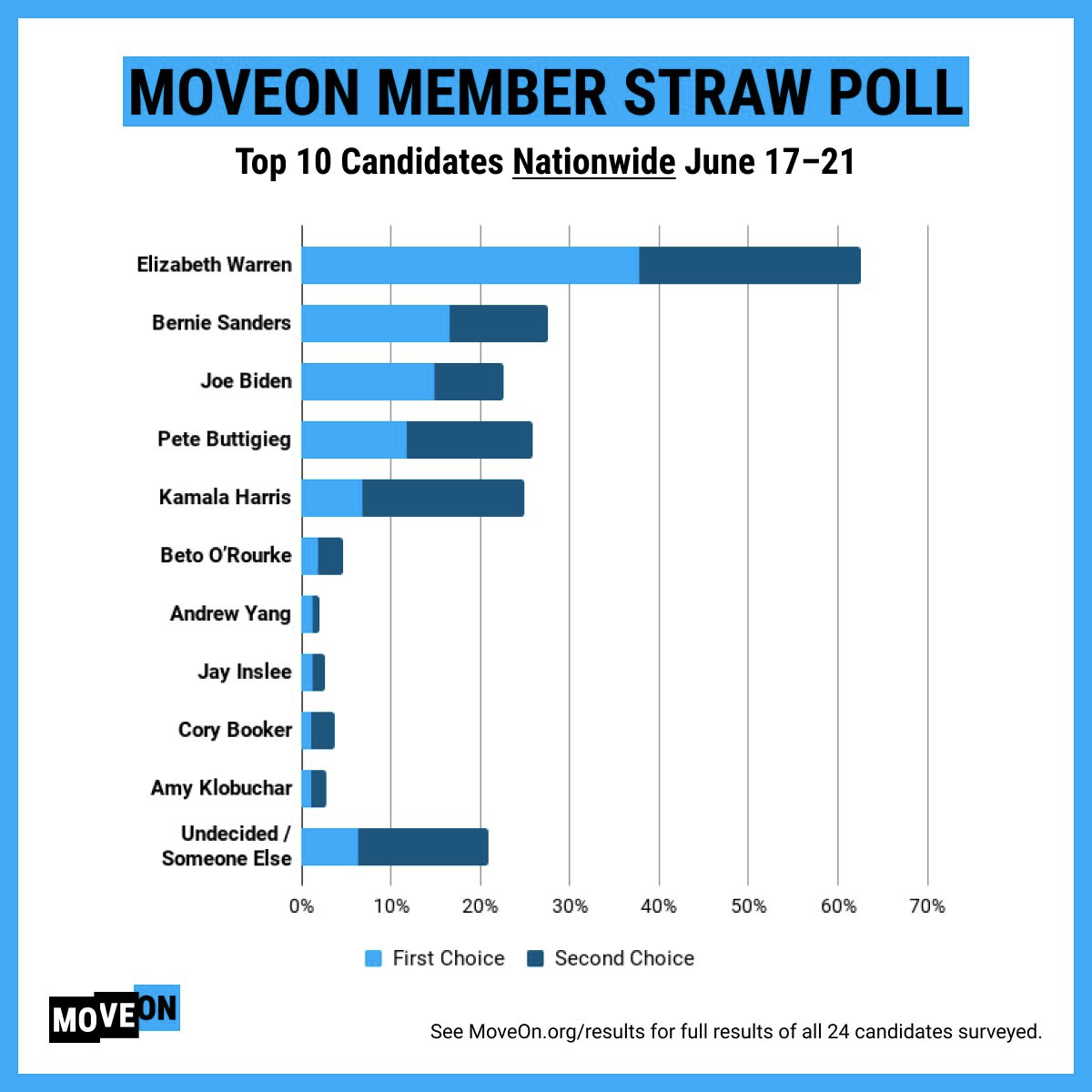 And it’s not just about Bernie, it's about us.

Whatever happens next, this energy isn’t going anywhere anytime soon. It will be young and old. It will be diverse. It will be powerful.

While Bernie may have sparked this political revolution, it’s each one of us—the MoveOn members, the volunteers making the calls and knocking on doors, the seasoned and new organizers alike—who are helping make it happen. 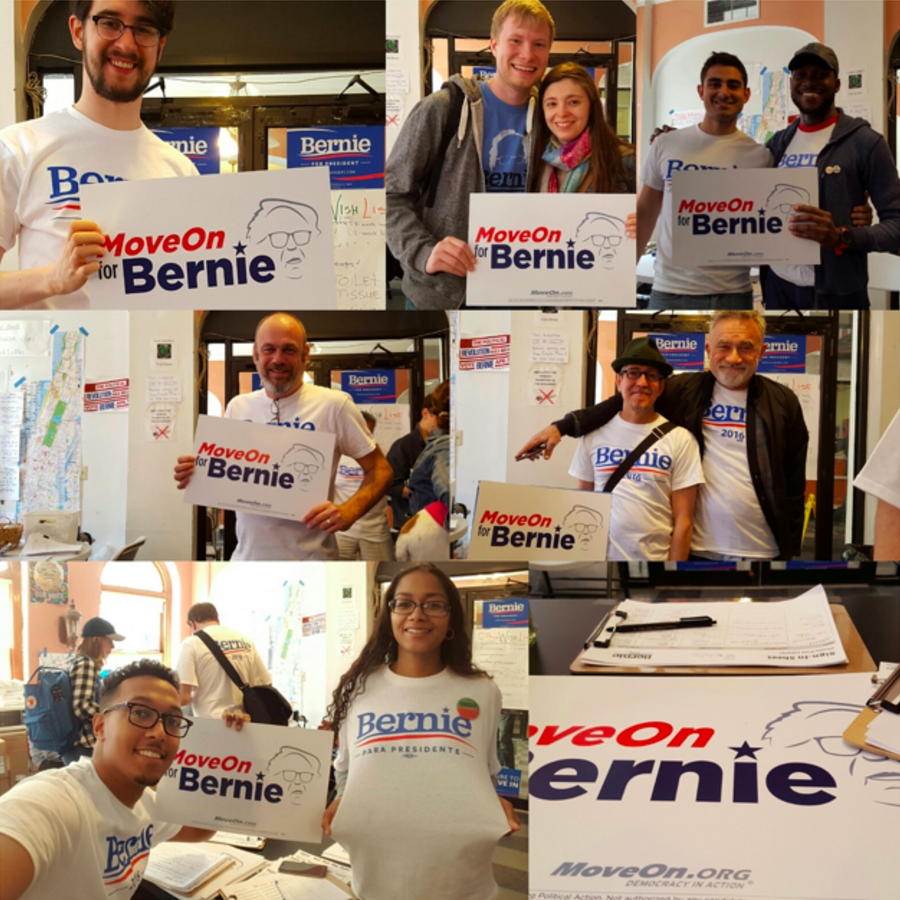 Since MoveOn members overwhelmingly voted to endorse Bernie’s campaign in early January, together we’ve shaken up the foundation of our political system and shown what’s possible when we dream big and fight for what we believe in.

While Bernie's path to the nomination may be narrow, MoveOn members are continuing to mobilize to help him win every vote still to be cast (even as we also launch a major campaign to defeat Donald Trump and the forces of hatred he's unleashed).5

This primary is going to end in just over a month, but the political revolution it's sparked will continue for a long time. And with every state Bernie wins we're showing that big progressive ideas, bold progressive candidates, and grassroots powered campaigns are the future of the Democratic Party.

The next victory we can win for this movement is in West Virginia on Tuesday—with 11 more contests to follow in the coming weeks.

Will you sign up to volunteer this weekend to help Bernie win more victories, and keep pushing this political revolution forward?

Yes—show me how I can volunteer for Bernie this weekend.

I can't—but I'll pitch in $27 to MoveOn and Bernie to power this movement.

—Matt, Corinne, Bobby, Tzyh, and the rest of the MoveOn for Bernie team

1) "Exit Polls from Indiana: Democrats Are Excited, Republicans Are Divided," Associated Press, May 3, 2016

Want to support our work? We're going all out to help Bernie Sanders win the Democratic nomination and change the Democratic Party. But we can't do it without small-dollar donations from people like you. Click here to chip in.