For the past three months, voters all over the country—311,465 and counting—have been making the case to the nation, to the media, to political leaders, and to Elizabeth Warren herself, that there's a surging grassroots movement ready for the day Senator Warren announces a run for president.

Getting Elizabeth Warren to hear the real voices of those asking her to run for president has been a key goal throughout the Run Warren Run campaign—it's what convinced her to run for Senate in 2012! So a couple of weeks ago, we set up a site called Voicemails for Warren and asked supporters leave messages telling Elizabeth Warren why they want to see her in the race.

Some of the voicemails these members left for Warren are incredible—so full of heart, and need, and desire for a political leader with the will to try to restore their opportunity.

More than 500 voters left messages for Sen. Warren and we've put together some of the most moving voicemails with photos of our best moments of the campaign so far for a look at the heart of Run Warren Run—the MoveOn members and others urging Sen. Warren to get in the race.

Will you take a listen to this selection of Voicemails for Warren—and then, if you can, chip in $3 to keep this campaign going? 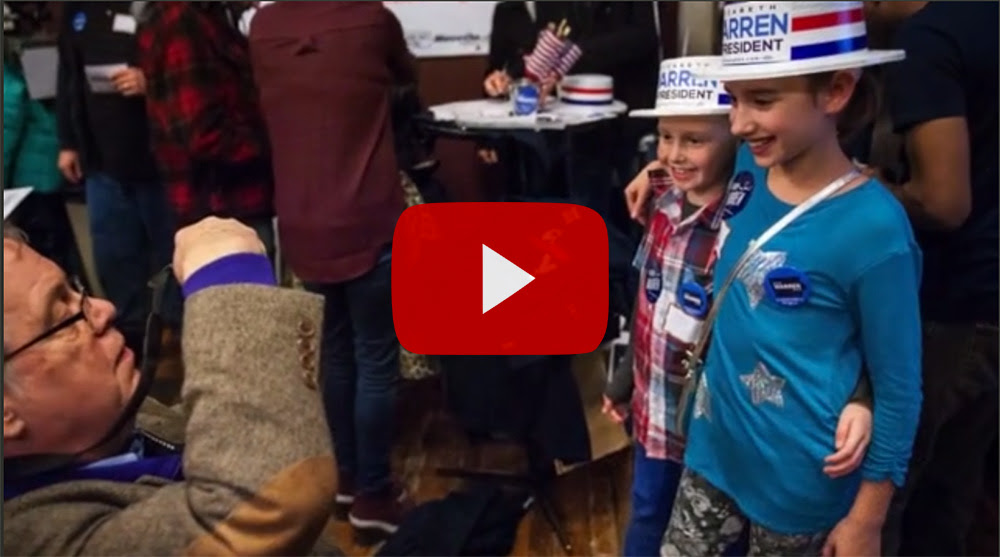 Together, we've hosted hundreds of cozy house parties—and stood roadside in 20 degree weather getting drivers to honk and wave as they pass by. We've built a grassroots network in Iowa and New Hampshire that's unrivaled by any of the expected candidates. We've gained the support of politicians, community leaders, media personalities, and more.

And what's best—with our allies at Democracy for America, Ready for Warren, the Working Families Party, and a growing number of supporters—MoveOn members are making Elizabeth Warren and the issues she champions a must-mention in any serious conversation about the race for president.

We can't slow down now. Will you listen to these voicemails for Elizabeth Warren and then, if you can, chip in $3 to help with our campaign?

–Mark, Stephen, Ben O., Maria, and the rest of the team

PAID FOR BY MOVEON.ORG POLITICAL ACTION, http://pol.moveon.org/. Not authorized by any candidate or candidate's committee. This email was sent to eddie alfaro on March 18, 2015. To change your email address or update your contact info, click here. To remove yourself from this list, click here.