TODAY: How to stop the GOP tax hike

We've entered the critical final phase of the fight over the GOP tax bill. It's a tax hike on the middle class and full-scale burglary of our nation to benefit the superrich. What happens in the coming weeks will have consequences for a generation. And the reaction over the next 48 hours will shape the rest of this fight.

We've entered the critical final phase of the fight over the GOP tax bill—a tax hike on the middle class and full-scale burglary of our nation to benefit the superrich. What happens in the coming weeks will have consequences for a generation—and the reaction over the next 48 hours will shape the rest of this fight.

The path to victory will be pushing key Republican representatives and senators to reject this plan, and MoveOn members in districts with Republican members of Congress have been organizing rallies and flooding local offices with calls. And they are fired up to keep going! Here's the crowd at a rally that we organized Sunday in a swing district in Pennsylvania to protect working families and defeat the tax scam: 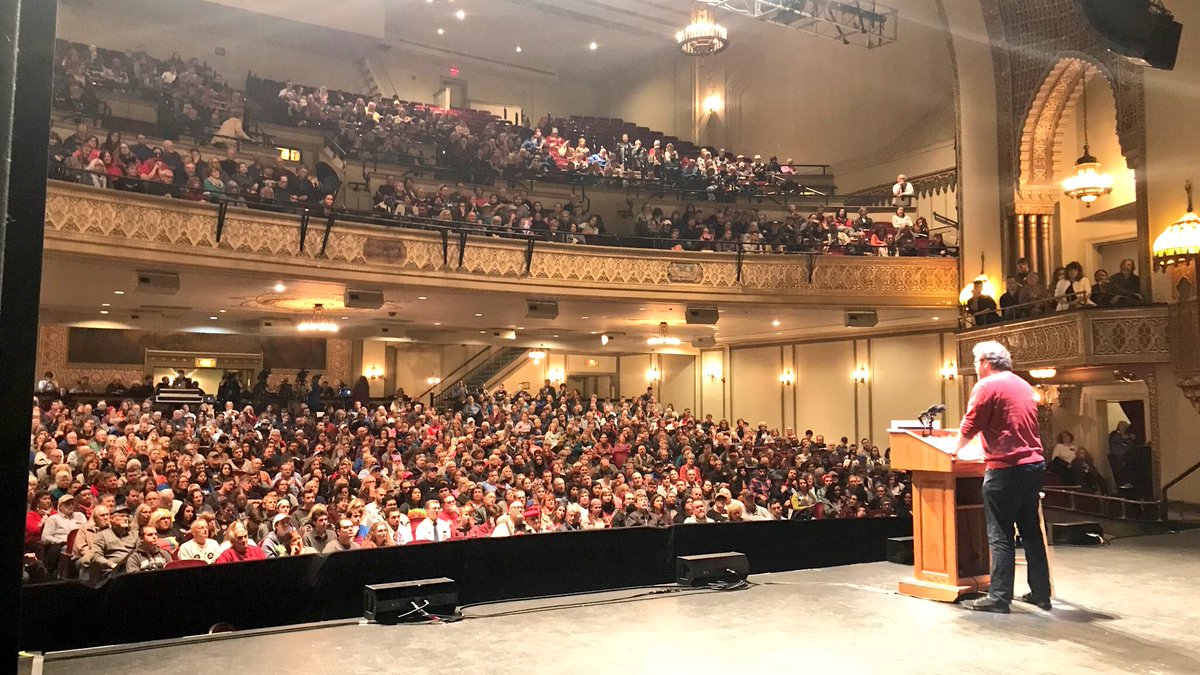 Even though Representative Gregory W. Meeks voted against the tax bill the first time, there's still critical work you can do to show him that you have his back—and to raise the alarm with friends and family in other parts of the country.

Can you drop by the local office of Representative Gregory W. Meeks today, tomorrow, or any day this week to deliver your personal message about why you oppose this attack on the middle class? It will help Rep. Meeks make the case for opposing this bill. MoveOn will provide resources to make it easy for you to do, and we'll amplify your photos or tweets from your drop-by over social media.

I'll drop by to tell Rep. Meeks why I oppose this heinous tax bill in order to help her make the case to stop it!

After you drop by—or if you're not able to go in person—can you post about your opposition to this blll on Facebook or Twitter? You can write something like this: "I'm calling, visiting, and writing to my member of Congress to oppose this middle-class tax hike and attack on health care—can you do the same? Especially if you have a Republican representative, now's the time! And please post if you make a call so we can keep the momentum going!"

Below, you can find a briefing on where we are, what comes next, and how we fight back.

Well past midnight on Friday, Republicans passed a mammoth tax giveaway to the ultra wealthy, crammed full of wild loopholes—many of which were inserted by high-paid lobbyists, some of which were added in scrawled handwriting at the 11th hour— ranging from giveaways to heirs of multimillion-dollar estates to a special tax break for private school tuition.1,2 Leading congressional scholar Norm Ornstein tweeted, "There has never been a more outrageous, revolting, unfair process to pass a corrupted bill in the history of Congress."3

At its heart is a mammoth handout for corporations that cuts their tax rate nearly in half. Some of this is paid for by raising taxes on the middle class, but much of it simply adds to the deficit—which Republicans have already announced their intention to address by slashing Social Security, Medicare, and Medicaid.4

Not a single Democrat voted for this bill. But nearly every Republican did.

It's sickening. But this fight isn't over.

Because the bills passed by the House and Senate are so different, they'll need a conference committee made of handpicked allies of Mitch McConnell and Paul Ryan to hammer out the details—and each house will need to vote on this increasingly unpopular bill yet again. That gives us the opportunity to organize.

Here are a few avenues to defeating this monstrosity:

1. Flipping votes in high-tax states such as California, New York, New Jersey, and Pennsylvania, which have politically vulnerable House Republicans. This bill raises taxes on many constituents in swing districts—the areas where Hillary Clinton beat Donald Trump and where Republican incumbents know their job is on the line.

These Republicans have been nervous about the way the bill forces their constituents to pay taxes on the money they're already paying in state and local taxes. Until the final vote, it's worth flooding them with maximal pressure.

2. Making this bill nationally toxic to lead some savvy politicians to sour on it. This bill is hideously unpopular in most of the country. The only bill that has polled worse was the ACA repeal, and we all know what happened to that.5 The more we can expose this bill for the middle-class tax hike and national looting it is—and the longer we can delay a vote—the more Republicans will get nervous.

In fact, the nastiness of this law is exactly why the GOP is so determined to rush it. It's a political "win" only in the sense that it rewards their donors, which presumably will lead to more campaign contributions in 2018. But the more the public knows about what's in this bill, the more it hurts the GOP's chances with actual voters. And that's why it's critical to fight back, publicly and unignorably, because if we alert enough people to this act of legislative looting by the 1%, we can make this bill backfire. Our job is to sear into the public's mind that this bill is a massive transfer of money from the many to the few. Whether we win or lose the vote in Congress, we can make this bill a game-changer in the elections next year.

3. Harnessing the health care energy. We saw what the Resistance looked like in the defense of health care and the repeated defeat of Trumpcare. This new bill goes after the Affordable Care Act yet again—and now that it's getting more media attention, folks across the country are realizing it. This bill attacks a key provision of the ACA directly, which would lead to 13 million more uninsured Americans and higher premiums for just about everyone else. Not only that, but the GOP has made no secret that the way they'll need to pay for the ballooning deficit caused by huge corporate giveaways is by slashing Medicare and Medicaid.

Republicans are still bruised by the constituent backlash against Trumpcare—and if we can make this feel like a repeat of that fight, it will drive wedges among the GOP that could make it hard for the wings of their fractured party to find a bill that satisfies everyone.

We've got a plan to make this bill the biggest GOP mistake since they tried to dismantle Medicaid. And it starts with an uproar over the next 72 hours. Click here if you can drop by your member of Congress's office today, tomorrow, or any day this week.

For the past forty years, the rich have gotten richer in this country—and working people have been left behind. This bill would dial that trend into overdrive. In fighting it, we stand up for the fundamental value that America should be a democracy, not an oligarchy—a country where everyone has a fighting chance, where we're all created equal, and where our economy recognizes the equal value of all. It's time to take a stand.

—Ben, Emma, Victoria, Sunjeev, and the rest of the team

P.S. If you can't go to your local office, you can always call Rep. Gregory Meeks to thank him for opposing this corrupt and morally obscene bill. Here's where to call:

You can click here to tell us how your call went—and so we can share the numbers of calls MoveOn members are making with the media to demonstrate the grassroots opposition to this bill.

Contributions to MoveOn.org Civic Action are not tax deductible as charitable contributions for federal income tax purposes. This email was sent to Eddie Alfaro on December 4th, 2017. To change your email address or update your contact info, click here. To remove yourself from this list, click here.