It's election season. Here's what we're doing to win.

Polls in the presidential race are tightening and control of the Senate could go either way.

Labor Day is behind us, and people across the nation are tuning into a volatile, high-stakes election. There are now just 9 weeks—63 days—until Election Day, and polls in the presidential race are clearly tightening. Today's CNN poll actually gives Trump the lead among likely voters.1 Meanwhile control of the Senate could go either way.2

So, together, MoveOn members are pouring everything we've got into defeating Donald Trump and his hateful politics, and winning back the Senate. We're launching our massive, volunteer-powered voter turnout program NOW, with dozens of organizers getting to work in key states to leverage the volunteer efforts of thousands of MoveOn members. Here's the first wave of MoveOn election organizers and some vital volunteers at their launch training last week: 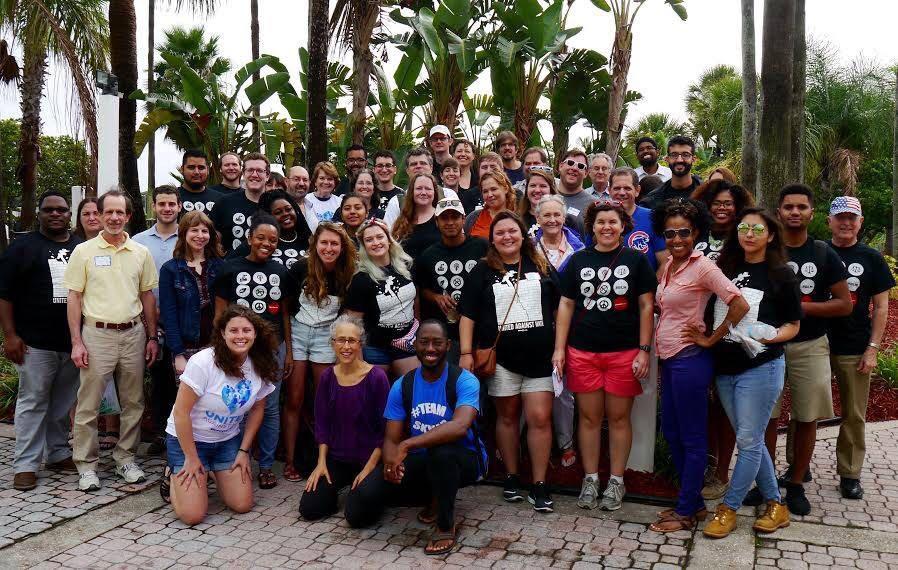 As we kick off, I wanted to take a moment to share a birds-eye view of everything we're doing to win in November—together. Because this is what you and MoveOn members like you have put in motion so far with your ideas, donations, and activism. And it'll only work if we all give it our all.

First: Here's the state of the race.

As we move into this sprint toward election day, polls—which had been trending toward Hillary Clinton—have tightened considerably. Pollster Nate Silver's update today is headlined, "Clinton's Lead Keeps Shrinking," and her lead has narrowed by about three points since mid-August.3,4 On top of that, key races that will determine control of the Senate—including Wisconsin, Ohio, North Carolina, New Hampshire, Illinois, Nevada, Pennsylvania, and others—are just too close to predict.

So, what are we doing about it?

1. We’re running United Against Hate, a campaign to stop Donald Trump from getting to the White House and to take on the broader forces of hatred, racism, Islamophobia, misogyny, and authoritarianism he's stoking in our democracy. This campaign was set in motion after 71% of MoveOn members who took part in a spring vote--even before Trump secured the Republican nomination--identified defeating Trump and Trumpism as a uniquely important priority requiring an all-out effort. 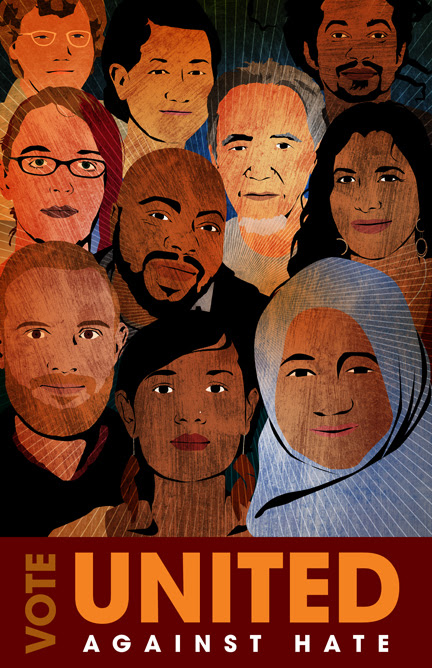 This work is vital, not just to stop Donald Trump, who we know would be a catastrophe as president—but to strongly challenge the hatefulness he's stoking. Trump’s campaign has encouraged candidates like former KKK Grand Wizard David Duke, who's now running for Senate in Louisiana. This type of divisive, bigoted, white supremacist candidate will become the norm if we don’t deal Trump a resounding defeat—and show that Republicans who are standing with him will also pay a price. That's why we've taken the unprecedented step of launching a people-powered, short-term MoveOn Super PAC to bring in extra resources to meet the magnitude of this challenge.5

2. We're working to take back the Senate. We're supporting a slate of candidates to help Democrats win control of the Senate, including Russ Feingold, Representative Tammy Duckworth, Ted Strickland, Kamala Harris, Deborah Ross, Representative Ann Kirkpatrick, Catherine Cortez Masto, Kathleen McGinty, Patty Judge, and Senator Michael Bennet. This class includes leaders in shaping progressive foreign policy, fighting to get big money out of politics, working to end income inequality, and confronting climate change. Many of these candidates are in the same key states that will determine the presidential race. And taken together, their victories would bring a large cohort of women, and an historic number of women of color, into the U.S. Senate—while taking back the chamber from Republican control.

And here's HOW we're accomplishing our goals in this vital election:

1. We've launched a massive on-the-ground field effort—those are the organizers I mentioned earlier—modeled on the best of our field program in past years and on the innovations of the Bernie Sanders campaign. When we're fully staffed up, we will have deployed over 100 organizers to eight of the most important swing states for the presidential election and Senate races. They'll help support MoveOn members volunteering in those key states—so that together, we can knock on more than one million doors to talk to the voters who will make the difference in the most critical races. That includes people of color, immigrants, single women, millennials, and enthusiastic Bernie supporters who haven't decided whether to vote in November.

2. Our Video Lab is working every day to produce videos and conduct constant rapid-response press outreach through Election Day, generating videos that will reach an audience as big as a cable TV show. We've already reached over 30 million views on videos that spread progressive ideas, including a video by Senator Elizabeth Warren on Donald Trump's tax returns. Upcoming videos will feature political and cultural celebrities, as well as voices of MoveOn members and voters across the country. This is people-powered progressive media, reaching an audience that includes many young people and others who may not be tuning into more traditional sources.

3. We're supporting innovative voter engagement programs. We have invested in Color of Change PAC's Black digital voter engagement program to turn out hundreds of thousands of Black voters in key states this election, and to build ongoing power to impact local, state, and national races in the future. And with anti-Muslim rhetoric consistently present in this election cycle, we have also partnered with MPower Change to launch a Muslim voter project to engage Muslim voters to defeat Trump and build political power to counteract Islamophobia.

4. We're holding other Republicans accountable for embracing and enabling Trump's hateful politics. We’re campaigning every day to make sure that Trump can’t "pivot" away from his hateful comments and policies, and that all Republicans are forced to account for standing behind his bigotry. Over the past three weeks, we worked with Common Defense PAC, a group of veterans, to call out Trump’s attacks against military veterans and their families—and delivered petitions to GOP Senators who have refused to renounce Trump’s candidacy.

5. We're using comedy, art, and culture. We’ve used unusual tactics, like launching a comedy project, Laughter Trumps Hate, to engage comedians in using their skills to confront Trump’s politics of divisiveness and bullying. (We held comedy showcases in three cities in the last month and will be circulating videos of the best performances.) We organized an open letter, Artists United Against Hate, with over 100 actors, writers, and producers—including Shonda Rhimes, Mark Ruffalo, Lena Dunham, and Kerry Washington—to help demonstrate a cultural consensus against Trump and Trumpism. And there's more to come.

MoveOn members know that elections and candidates are not, in themselves, the change we seek to make in the world. But they are an important vehicle to move us forward. And this election in particular is an inflection point —a moment when our country will choose whether to embrace a retrograde politics of hatred and division, or to create the conditions in which we can keep working toward a country where where everyone can thrive.

Thanks for ALL you've done to make this program possible. We'll be in touch regularly over the next nine weeks with opportunities to be involved—asking you to make donations, volunteer to talk to voters, share videos videos and other compelling content, and provide your feedback. This is your election program! Let's dive in together.

—Ilya, Hannah, Milan, Jo, and the rest of the team