Former Grand Wizard of the Ku Klux Klan, David Duke, declared his candidacy as a Republican for Senate in Louisiana the day after Donald Trump accepted the Republican nomination.

The day after Donald Trump accepted the Republican nomination, the former Grand Wizard of the Ku Klux Klan, David Duke, declared his candidacy as a Republican for Senate in Louisiana.

This isn't a coincidence. In his announcement, Duke stated that Trump's campaign has helped push Duke's ideas—which are rooted in racism, anti-Semitism, anti-immigrant fervor, and the politics of bigotry and division—into the national political discourse.1

Please watch and share this 90-second video that shows the connection between Trump's campaign and KKK leader David Duke's racist, bigoted politics—so that everyone understands the ties between Trump's Republican Party and white supremacists—and voters soundly reject them in November. 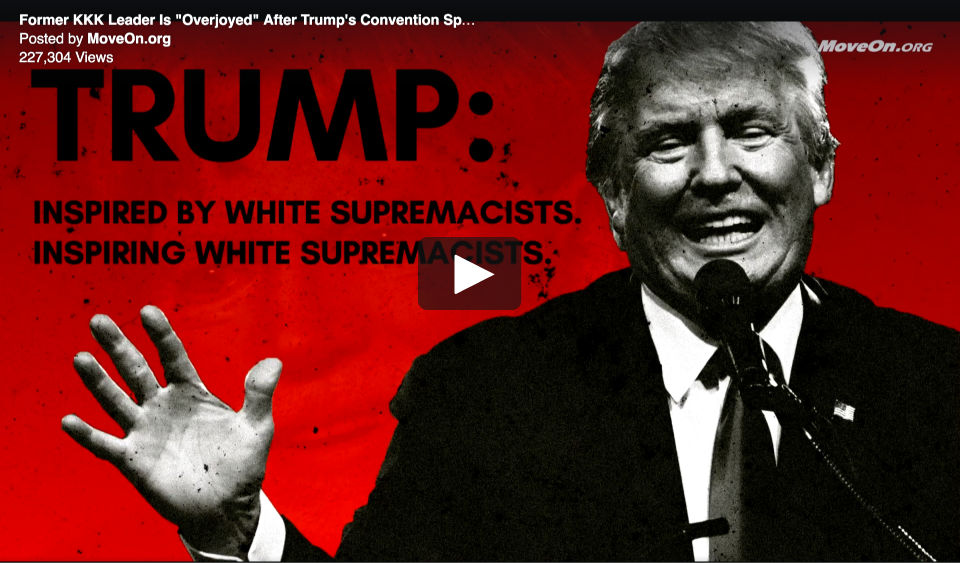 —Justin K., Hannah, Manny, Joan, and the rest of the team