We want to hear from you (re: Immigration)

This May Day, MoveOn members turned out in cities across the country to demonstrate against Trump's brutal policies—from bans to walls to tearing apart families with mass deportation.

This day of action was one piece of our larger work against the brutal deportation agenda of the Trump administration. On the heels of May Day, Texas MoveOn members joined the call against SB4—an anti-immigrant "show me your papers" bill that would be among the most restrictive in the country. And on the following day, 32,000 MoveOn members joined the call to stop the deportation of Luis Barrios, a Connecticut father of four who has lived in the U.S. for 25 years—and who was granted a 30-day stay on his deportation following the national outcry from immigration advocates and allies.

Beyond May Day, there is so much to do. As a MoveOn member, could you take a few minutes to share your thoughts about what MoveOn should be doing next to support and stand with immigrant communities (whether as an immigrant yourself, or as an ally)?

From rallying in New York City, Chicago, and Minneapolis to creating art and music in San Francisco to peacefully occupying the Governor's office to resist SB4 in Austin, Texas, MoveOn members marched and we struck by staying home from work. And we meant it.

Our allies led events from coast to coast on May 1: 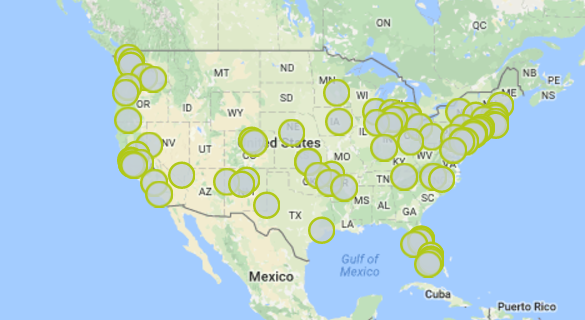 Now what? Take this brief survey to share your thoughts about what's next.

Here's a small taste of what was trending on Twitter, thanks to all of our May Day partners: 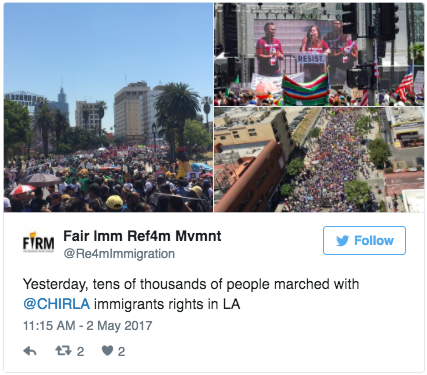 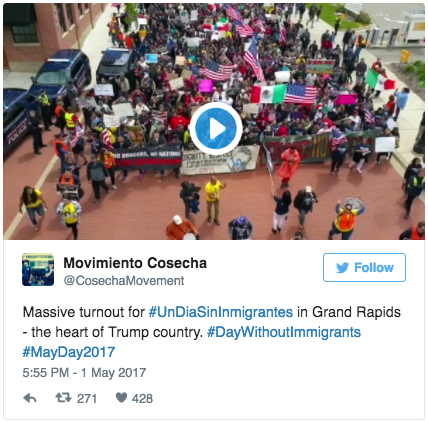 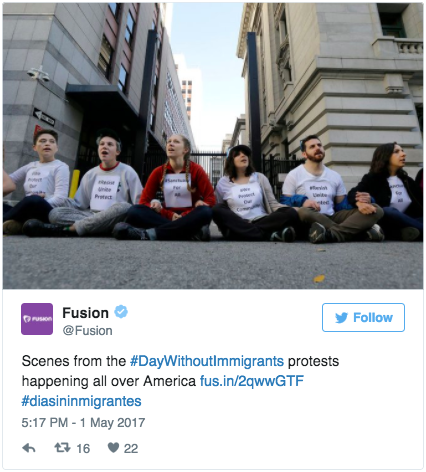 But this day was just the beginning of our resistance to Trump's deportation force, of our standing with our Muslim families and neighbors, and of our work to stop policies that harm working families.

We're not slowing down—not with so much at stake—and we're excited to listen and learn and figure out where and how to go even bigger and bolder.

Take this very brief survey to help shape how we show up next.

—Iram, Scott, Milan, Anna, and the rest of the team

P.S. After you've filled out the survey, check out this video of people who were out in the streets standing up for immigrant and Muslim communities on May Day. Click here to watch and share the video on Facebook. 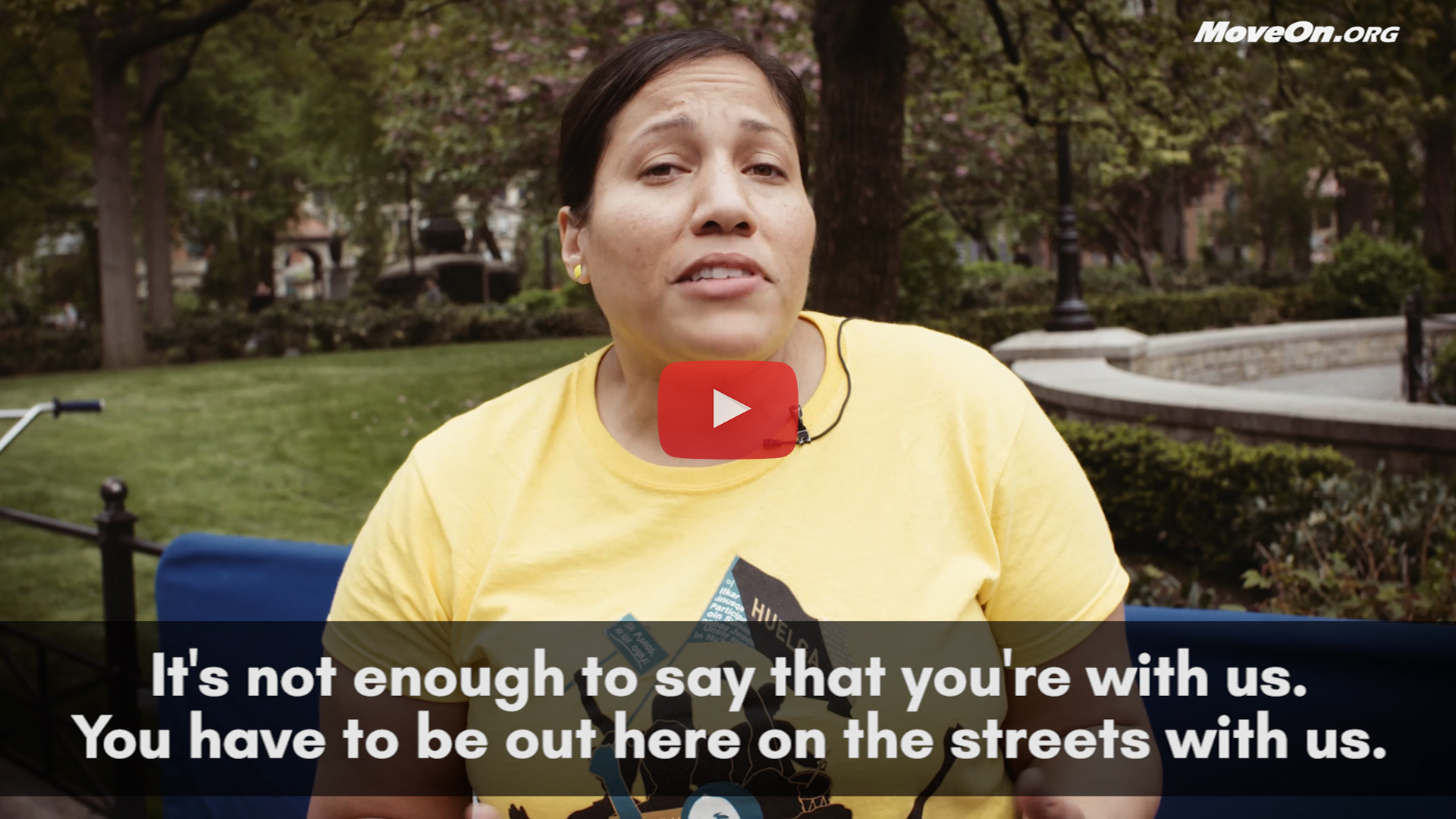 Or make a one-time gift

Contributions to MoveOn.org Civic Action are not tax deductible as charitable contributions for federal income tax purposes. This email was sent to Eddie Alfaro on May 7th, 2017. To change your email address or update your contact info, click here. To remove yourself from this list, click here.