We might not even know which party controls the Senate on Election Day. There's a very good chance that majority control of the Senate will come down to a single seat—meaning, a handful of votes in just one state.

Let's say you knew that a certain Senate race was going to be so incredibly close—like 0.01%-margin-of-victory-close—that certifying the winner would take months.

And you knew that a small donation from you, right now, could make the difference between a bona fide progressive winning that Senate seat... or a far-right Republican. And that whoever won would tip the balance of power in the Senate.

You'd definitely give to the progressive's campaign, right? You'd be crazy not to give. A tiny investment for a huge payoff. You'd click right here and chip in, and you'd tell your friends to do the same thing. Because if you didn't, and then the Republican won, you'd feel really, really dumb.

Does that sound like a crazy hypothetical? Think again.

Six years ago, in my first race for the Senate, I was exactly that progressive. I won by 312 votes. As a senator, my vote has been the margin of victory for some crucial, country-improving legislation. And everyone who'd helped my campaign felt very, very smart for having chipped in when it mattered most. (And rightly so. They're brilliant.)

I'm running again this year. Which brings me to my second point. I don't think my race will be that close this year—I certainly hope it won't. But there's a good chance that some crucial race will be a surprise nail-biter.

In fact, we might not even know which party controls the Senate on Election Day. There's a very good chance that majority control of the Senate will come down to a single seat—meaning, a handful of votes in just one state. A few hundred citizens could determine whether (gulp) Mitch McConnell gets to set the agenda, win the votes, confirm or reject judges, call hearings, and a ton more.

Those are some really big stakes.

So I'm not asking you to donate just to me—because we just don't know which race will be this year's edge-of-your-seat nail-biter. I'm asking you to donate to me and three other serious progressives: Jeff Merkley in Oregon, Mark Udall in Colorado, and Bruce Braley in Iowa.

I'm not asking for a lot—just enough that if any of these races comes down to a ridiculously narrow margin, you won't be kicking yourself when they're over. Are you in?

Yes, I'll chip in to elect four progressives to the Senate.

Look. It's a lot more satisfying to make a quick donation today than it is to spend the next two years wishing you'd paid more attention to this email.

Oh, and I almost forgot to mention. By helping elect the four of us, and then working with us to fight for progressive values once we're in office, you make the country a better place for everyone, and for generations to come. That's a pretty good thing, too.

I'm counting on you. Thanks for chipping in! 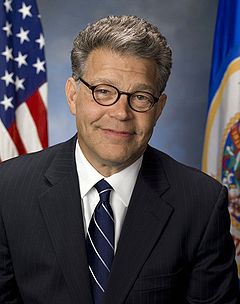 PAID FOR BY MOVEON.ORG POLITICAL ACTION, http://pol.moveon.org/. Not authorized by any candidate or candidate's committee. This email was sent to eddie alfaro on October 27, 2014. To change your email address or update your contact info, click here. To remove yourself from this list, click here.