Tell us, are you ready to get on the map?

We've hit an emergency: For the first time in this election year, every major pollster is now predicting a Republican takeover of the U.S. Senate.1 But from President Obama's rules to cut carbon emissions to the possibility of confirming a new Supreme Court justice, too much is at stake for progressives like us to let this election slip.

That's why MoveOn members have committed, as a community, to making 5 million calls to turn out progressive voters in key Senate races. It's an ambitious goal—and it'll take all of us doing our share—but we're confident we can pull this off.

One two-hour calling session from you—weekday, weeknight, or weekend, making calls at home or wherever else is convenient—will go a long way toward saving the Senate from a right-wing takeover.

Can you commit to spending just a few hours helping us hit 5 million calls to save the Senate?

You'll be joining thousands of MoveOn members from every part of the country who've already picked up the phone. This is a snapshot of the volunteers who've already reached out to nearly 500,000 voters in Michigan, Kentucky, and other key races: 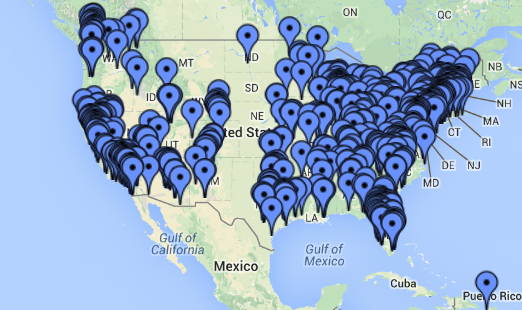 It's refreshing, it's empowering, and it's inspiring to be a member of such an incredible progressive community.

What's even better is when we can unite to push America toward a more inclusive and equal society. But that's at stake this election, as we stare down the possibility of a Republican-led Senate that'll have us playing defense against the worst types of policies for at least the next two years.

That's why the 5 million highly targeted calls that we make together in the next five weeks are so critical.

We're focused on the voters who turned out to the polls in 2008 and 2012 but stayed home in 2010—and we're making the case for why this seemingly sleepy midterm election is actually vitally important. The conversations we have convincing fellow progressives to vote this year could make the difference in determining who controls the Senate come November 5.

But if we're going to hit our goal, we'll need to triple, at least, the number of MoveOn members making calls.

So, tell us, are you ready to get on the map?

Click here if you can spend just two hours making calls from the comfort of your home—or wherever you have Internet and a phone—to turn out progressive voters.

Making phone calls is easy and fun, and each calling shift begins with a brief training to help you feel prepared.

Remember, no one wants to wake up on November 5, look at the news, and see Ted Cruz and Mitch McConnell smiling and celebrating. Now's the time when we do everything we can to make sure there are no regrets.

–Matt, Corinne, Bobby, Alejandro, and the rest of the team

PAID FOR BY MOVEON.ORG POLITICAL ACTION, http://pol.moveon.org/. Not authorized by any candidate or candidate's committee. This email was sent to eddie alfaro on October 1, 2014. To change your email address or update your contact info, click here. To remove yourself from this list, click here.